While plenty of studies have linked the sending of sexually explicit messages or naked pictures to a higher incidence of sex and risky sexual behavior, most of those studies didn’t follow the same children over time. That means they studied sexting habits in one group of children, and sexual behaviors in another, older group a year or so later. So it’s possible that other factors could explain the relationship that had nothing to do with the sexting.

To address that issue, Jeff Temple, from the department of obstetrics and gynecology at University of Texas Medical Branch, collected data from a group of nearly 1,000 high school students in Texas over six years. The students answered questions about dating, dating violence and other behaviors as sophomores and then as juniors. Temple then compared the answers.

Reporting in the journal Pediatrics, he says that those who sexted as sophomores were 32% more likely to have had sex in the following year than those who did not, supporting earlier data. But Temple was also able to break down the types of sexts the students primarily used, from those who actively sent naked pictures to those who only received or asked for them. Those who only received sexts did not show a statistically significant higher risk of having sex, but those who asked for a sext were nearly 10 times more likely and those who were sent a sex were 5.3 times more likely to send one themselves. And students who sent sexts were the most likely to have sex in the following year.

“So basically if a parent saw his kid had asked for a sext, that in and of itself isn’t related to sexual behavior unless that kid also sent naked pictures of himself,” says Temple.

The data also showed that sending sexts, while associated with a higher chance of having sexual intercourse, was not linked to an increased incidence of risky sexual behavior, such as unprotected sex, having multiple sexual partners, or using alcohol or drugs before sex. “That was surprising but it might mean that sexting is not limited to just at-risk kids,” he says. “Sexting may be becoming part of sexual development, and therefore it involves a cross section of all adolescents.”

Temple admits that the data need to be confirmed with other studies; the reports on sexting and sex were self-reported by the students, which could affect their reliability. But the rates of sexting, along with sexual intercourse, fall in line with national surveys so are likely to be valid, he says.

If sexting is indeed part of the new normal of sexual development, then it could be a sign of those who are more ready for sexual activity or more receptive to it, he says. Studies show that up to a third of adolescents are involved in sexting, and they may be good candidates for education about safe sex and the dangers of unprotected sex. “If sexting does predate sex, then it’s of public health importance. It becomes a marker of sexual activity and it could be a good opportunity to talk to them about safe sex prior to them having sex and preventing early sexual debut and risky sexual behavior,” he says. 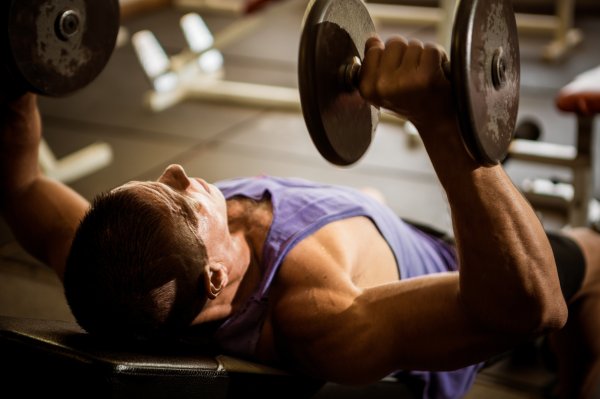 4 Exercise Swaps That Burn More Calories
Next Up: Editor's Pick