It's Been 15 Years Since the JonBenet Ramsey Case

On this day in 1999, Oct. 13, the grand jurors investigating the murder of 6-year-old beauty pageant queen JonBenet Ramsey were relieved of their roles and sworn to secrecy about what they had seen and heard. Though they had met for 13 months, considering the testimony of dozens of witnesses and reviewing 30,000 pieces of evidence, no indictments were made.

The case had intrigued the public as much for the details of JonBenet’s life — which braided wealth, privilege, and a fixation on beauty — as of her death. The daughter of a corporate executive and the former Miss West Virginia, JonBenet seemed to be following in her mother’s footsteps as soon as she could walk. The year before her death, she was crowned Little Miss Colorado. Footage of her parading the pageant runways in heavy makeup became the B-roll backdrop of TV news stories for months after she was found strangled in the family’s Boulder, Colo., basement the day after Christmas in 1996.

Not until 14 years later were the grand jury findings made public, when a judge unsealed part of their report. The revelation inside: it had been the district attorney, not the grand jury, who decided that there wasn’t enough evidence to make a case. The report revealed that, while stopping short of suggesting murder charges, the jurors concluded there was reason to suspect that JonBenet’s parents had put her “in a situation which posed a threat of injury to the child’s life or health which resulted in the death of JonBenet Ramsey.”

The grand jury also proposed charging the Ramseys as accessories to the crime for hindering the search for her killer, although the beleaguered parents would go on to finance their own highly publicized investigation, employing four full-time private investigators and 10 forensics experts. (DNA evidence processed in 2008 by technology that wasn’t available a decade earlier seemed to vindicate both the district attorney and the Ramseys: it indicated that the killer was not a relative of JonBenet’s.)

Even so, puzzling details of the crime continued to pique the public’s curiosity, particularly the ransom note JonBenet’s mother Patsy Ramsey claimed to have found on the kitchen staircase before her daughter’s body was discovered. The three-page note, purporting to be from “a small foreign faction,” demands $118,000 for the first-grader’s safe return. Police later determined that both the notepad the demand was written on and the Sharpie it was written with came from inside the Ramseys’ house.

The murder remains unsolved, but the mystery continues to intrigue the public. In 2010, when Boulder police conducted a fresh round of interviews with witnesses including JonBenet’s brother, the Daily Beast reported that tourists were still making daily visits to photograph the abandoned 7,240-square-foot Tudor home where the murder occurred. And while police came up with no new leads from the renewed investigation, Denver’s district attorney, Mitch Morrissey, said he still regularly heard from tipsters claiming to hold the key to the killing. Some of them, he said, derived their insights from divine sources, and spoke in tongues.

“The nut factor,” he told the news website, “is the biggest I have seen in 27 years — in my career.”

Read a 2005 report on the JonBenet case, here in TIME’s archives: Who Killed This Child? 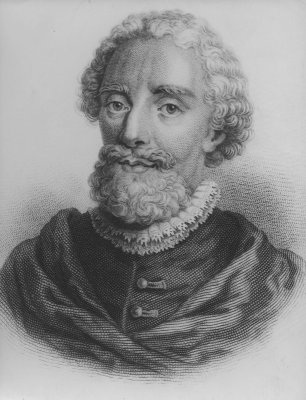 How Indigenous Peoples Day Came to Be
Next Up: Editor's Pick