Nowhere Man: Nick Cave, 20,000 Days on Earth and the Nature of the Unknowable Artist

The fake Nick Cave pretends to write in 20,000 Days on Earth.
By Isaac Guzmán

Nick cave is sitting across the table from me in a Manhattan restaurant. I can see him snacking on bread sticks and sipping tea. I can hear him grumbling: “Jesus, they’re working me like a f-cking dog.” As far as I can tell, this is the Nick Cave who for 30 years has fronted a cult-favorite Gothic blues band called the Bad Seeds, written two novels, penned the libretto for a forthcoming opera (Shell Shock) and drafted screenplays for two films (The Proposition and Lawless). Except that this is not the real Nick Cave. The guy in front of me—chatting about a new, innovative documentary called 20,000 Days on Earth, in which he happens to star—is merely the public face that the real Nick Cave wears. The real Nick Cave lives in Brighton, England, with a former model named Susie Bick and their twin teenagers Arthur and Earl. I don’t get to meet that Nick Cave because I’m conducting a magazine interview, and according to the real Nick Cave, that approach only gets you entrée to the fake one.

20,000 Days on Earth, in limited release now, opens with Cave waking up in bed with his wife. It closes with Cave and his sons eating pizza and watching Al Pacino in Scarface. In between, he writes new songs and chats up famous friends, such as singer Kylie Minogue and actor Ray Winstone. In the typical rockumentary, the goal would be to glimpse the man as he truly is, but Cave and directors Iain Forsyth and Jane Pollard couldn’t care less about reality. “Rock documentaries are generally so bad, they often do quite a lot of damage to the people that they’re about,” Cave says. “We have our heroes, and then we meet them and think, ‘I really wish I hadn’t met that guy.’ I’ve had it many times—you’ve projected so much of yourself onto them over the years, they’re going to disappoint because they’re going to appear human.”

So rather than be human, Cave went for mythic. He visits a fictional “Nick Cave Archive,” where all of his tour posters, photographs and memorabilia have been stored. He undergoes a staged form of psychoanalysis with an actual psychoanalyst. And in voice-overs he muses on big ideas: creativity, memory, inspiration. You get to know what Cave thinks but not necessarily who Cave is. “The thing that I like about the film,” he says, “is that none of it is really the truth—it’s a portrayal of intimacy.”

If there is one true thing about 20,000 Days, it’s the view it offers of Cave working on songs for the Bad Seeds’ 2013 album Push the Sky Away. At first we see him ginning up a few improvised scraps of chords at the piano. Later he gingerly layers lyrics over the top. Over time, the disjointed bits of material come together as a complete song, “Higgs Boson Blues,” which we see being recorded, followed by a music video and television appearances and finally a performance in concert.

It’s the one element of the film of which Cave seems unequivocally proud.

“For once you see a band doing something where they’re just kind of clinging on for dear life,” he says. “No one knows what’s going on, but something really quite wonderful is going on. They actually captured that, so I was really thrilled.”

Now that I’ve turned off the recorder, the real Nick Cave gets up from the table, shakes my hand and starts affixing his signature to a thick stack of 20,000 Days posters. The movie may be artifice and these advertisements mass produced, but he doesn’t hesitate to put his personal stamp on each one. And no doubt, some fan of the fake Nick Cave will cherish one of these mementos from a man who chooses to be unmasked onlywhen he’s hiding behind his art. 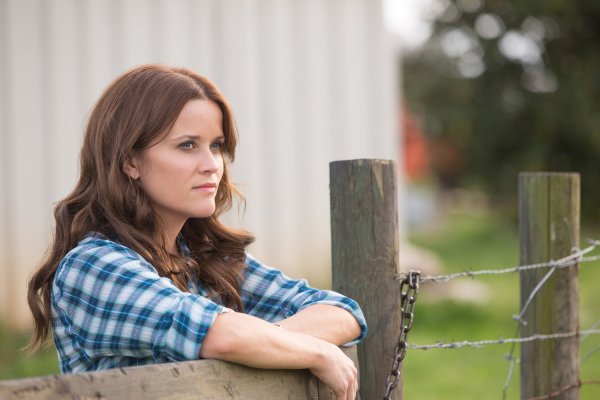 REVIEW: Out of Africa (and Kansas City) Comes 'The Good Lie'
Next Up: Editor's Pick