How tall you are is strongly related to the genes you inherit, and previous studies suggested that as much as 80% of the variance in height among people is due to their DNA.

And in the largest genetic study of height-related genes to date, scientists involved in the appropriately titled GIANT consortium (Genetic Investigation of Anthropometric Traits) identified 423 genetic regions connected to height — which could explain as much as 60% of that genetic component.

Dr. Joel Hirschhorn, leader of the GIANT consortium at Boston Children’s Hospital, Harvard Medical School and the Broad Institute of MIT says that for a trait like height, which isn’t determined by a single gene but likely the combined effects of multiple genes involved in multiple different processes from bone growth to cell growth, the new findings are like finding biggest nuggets of gold in a riverbed. The latest analysis, published in the journal Nature Genetics, describes the gene variants most commonly shared among people (not the rare mutations) that likely contribute to height.

They emerged from a sweep of the genomes of more than 250,000 people of various heights, and from correlating their stature with their genetics. Many of the known and familiar factors related to height, including those dealing with skeletal growth and collagen that are mutated in people with medically short stature, for example, appeared in the study, confirming their role in determining how tall people get.

But there were also some surprises — genetic regions that previous had never been thought to be related to height, including a gene known to be involved in cell growth but not in skeletal functions. “It’s a mix ranging from completely known things, to those that make sense to things that are completely surprising and things we don’t even know what to think about them,” says Hirschhorn.

What the group has identified are gene regions of interest, and a new round of studies will have to delve deeper into those areas to isolate specific genes — and the proteins they make, such as growth factors, enzymes, or other agents — that are actually responsible for determining height. But it’s a critical first step, and could lead to potential new ways of treating medical conditions of short stature or gigantism that can have health negative health effects on the heart and joints. 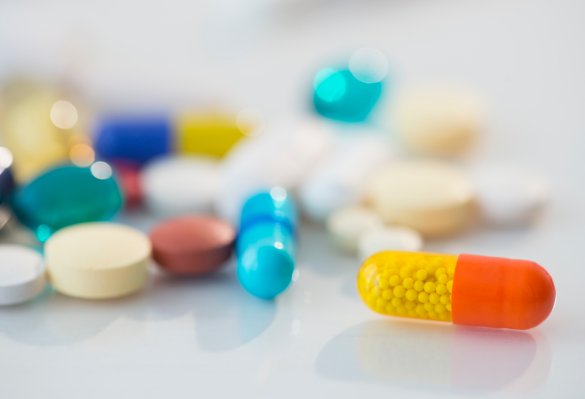 Soon You Can Send Your Expired Painkillers Through the Mail
Next Up: Editor's Pick