Attorneys for North Carolina and voting rights groups battling it out over the state’s 2013 voting law will have yet another hurdle to clear before it becomes clear if that law will or will not be in effect come early November’s elections.

Just days after the civil rights organizations challenging the law celebrated an appellate court decision to lessen its impact by allowing same-day registration and out-of-precinct voting during upcoming midterm elections, they now have until 5 p.m. ET Sunday to respond to the state’s request that the U.S. Supreme Court enjoin the Fourth Circuit Court of Appeals’ decision to block parts of the law.

In a petition filed late Thursday, North Carolina attorneys say the lower court’s decision, set to be in effect during a statewide general election for the first time this November, “represents a massive and unprecedented last-minute change” before the state’s early voting period starts Oct. 23. “North Carolina is not prepared for the changes and will not have enough time to implement them in an orderly manner,” the petition reads.

The Supreme Court filing is the latest legal barrage over North Carolina’s law, which voting rights advocates have called the most egregious to pass since the High Court struck down a key portion of the Voting Rights Act last year. Those advocates argue the law violates Section 2 of the act, which prohibits racially discriminatory voting practices. In a 2-1 ruling issued Oct.1, the Appellate court found there was merit in the Section 2 claims, noting there was enough potential that some minority voters would be impacted by the law to require that parts of the law be enjoined. During and after the election, the majority opinion reads, “there can be no do-over and no redress. The injury to these voters is real and completely irreparable if nothing is done to enjoin this law.”

The state says the decision was based on a “deeply flawed” interpretation of the Voting Rights Act, recalling a recent Supreme Court ruling to block a reversal of changes to Ohio’s early voting period. Given that Ohio precedent, there’s a likelihood that a Supreme Court ruling on the North Carolina case could be in the state’s favor — if the case makes it that high, which it potentially could.

North Carolina also says that candidates, organizations and political parties have been passing out voting information that reflected the changes brought on by the 2013 law. A decision to change the rules so close to the election, they say, “will result in even more confusion.”

The Advancement Project, which is the lead litigator in the case against the state, stands by the lower court’s interpretation of Section 2, saying in a statement “there are no grounds for the Supreme Court” to overturn the appellate court decision. “These measures are part of a calculated effort by politicians to manipulate the voting rules for partisan gain,” said Advancement Project Co-Director Penda Hair. 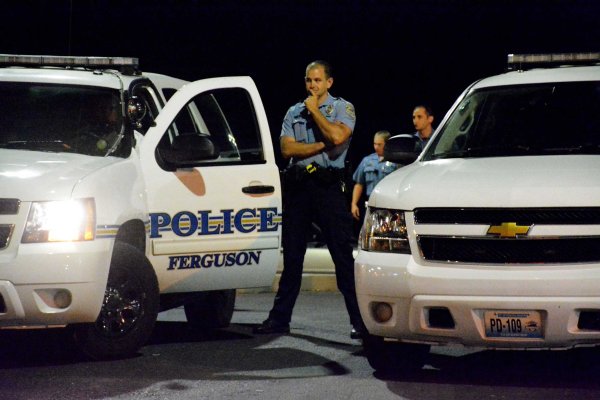 Protesters Arrested After Police Confrontation in Ferguson
Next Up: Editor's Pick