Incubation period: The time between exposure to a virus and when symptoms start to present, which is two to 21 days in Ebola’s case.

Symptomatic: A patient becomes symptomatic when they present symptoms of Ebola, which include fever, muscle pain, headache, sore throat, vomiting and diarrhea.

Contagious: People with strains of the Ebola virus in their blood are only contagious when they are presenting with symptoms (see above). The virus cannot be transmitted before a person is symptomatic, which means that people on the same airplane as Thomas Eric Duncan could not have caught the virus from him.

R0: Also called R-nought, it refers to the “estimated reproduction number for infectious diseases.” Put more simply, it’s a formula predicting how contagious a virus is. NPR has a handy graphic on their site showing that Ebola has an R0 of 2, meaning the likely number of people infected by one patient. Measles, by comparison, has an R0 of 18. It is relatively difficult, as we have shown, to spread Ebola.

Contact tracing: This involves the laborious process of tracking down anyone whom a patient may have exposed to Ebola. It requires trained public health officials who ask a series of questions about where the patient has been, and how many people he might have interacted with, either face to face or in a room or other contained setting. In West Africa, this is being done by local volunteers who are trained by public health experts.

Direct contact: This includes the people most closely connected to a patient—family members and friends. These people are most likely to have come into contact with a patient’s body fluids, and therefore represented the group most likely exposed to the virus, and at highest risk of developing the disease.

Quarantine: A legal order for a potentially infected person not to leave a space or have contact with the rest of the population. The Ebola’s patient’s four family members are in quarantine, with a law enforcement official stationed outside their home. 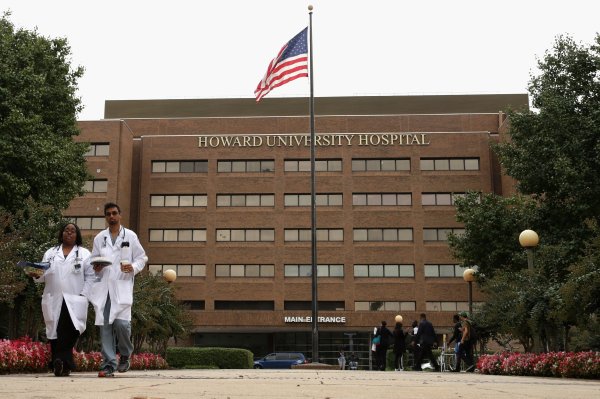 Patient Admitted to Hospital with Ebola Symptoms
Next Up: Editor's Pick