Harry Styles Helped a Fan Propose at a One Direction Concert

Bradley Chisenhall wanted to propose to his girlfriend, Christine Kozlowski, during the One Direction concert in Atlanta and reached out to the band via Twitter to make the moment happen.

Fans helped draw attention to Chisenhall’s plea by using their impressive numbers to get the #1Dproposal hashtag trending. By Wednesday evening, some so-called Directioners noticed that Harry Styles had started following him on Twitter. Sure enough, something was in the works.

The band stopped their show on Wednesday night and Harry Styles said that his “friend Brad” wanted to do something. The spotlight turned to Chisenhall who dropped to one knee and pulled out a ring as the entire audiences swooned. Kozlowski quickly said yes and the crowd erupted in cheers. In classic Directioner style, the night was well-documented on social media, resulting in the #1Dproposal trending again.

While any proposal has inherent risks, getting down on one knee at a One Direction concert is especially hazardous. Not only may your intended be overly dazzled by the presence of Harry Styles, but the earsplitting sound of thousands of girls simultaneously shrieking, “Squee!” could actually be detrimental to your hearing. These two may have a lifetime of hearing tests in their future, but they can face that together. 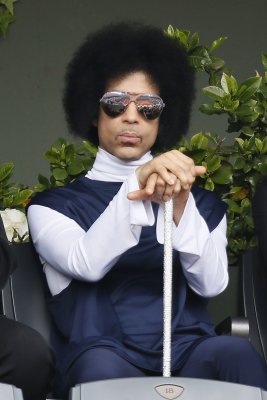 Prince Hosted a Facebook Q&A and Answered Just One Really Specific Question
Next Up: Editor's Pick