The line, from David Mamet’s play Speed-The-Plow, belongs to the earnest secretary Karen, who is desperate to convince her Hollywood boss that she understands him. It’s not ordinarily a punchline. But when uttered by Lindsay Lohan, who has taken on the role in London’s West End in her stage debut, the line draws big laughs from the audience. While Karen initially seems as wholesome as can be, LiLo has long made headlines for being “bad.”

The 28-year-old star — rumored to be uninsurable on most film sets these days due to her extracurricular exploits that have included not only rehab, but jail time — has taken numerous cracks at a comeback over the last few years. From a racy role in Paul Schrader’s The Canyons to her portrayal of Elizabeth Taylor in Lifetime’s Liz & Dick to her OWN reality series, it’s clear that Lohan wants to keep working despite her troubled personal life. Yet none of her recent efforts have managed to pull her career out of the tabloid circus its become. So it’s not surprising that the theater was packed on Thursday night with people eager to see whether Lohan would pull off a comeback — or instead make a train wreck of the production.

Speed-The-Plow, which was first staged on Broadway in 1988 with Madonna in the role of Karen, satirizes the greediness and emptiness of Hollywood, a theme that seems even more timely today thanks to the mounting ubiquity of sequels and brainless blockbusters. The action revolves around Bobby Gould (played by Richard Schiff, of The West Wing fame), a newly promoted head of production at a big studio, and his longtime associate, Charlie Fox (played by British actor Nigel Lindsay), who brings Gould a potentially career-making deal: an iffy-sounding script with a major actor willing to star. Yet Karen, Gould’s temp assistant and the object of a sleazy bet between the two men, becomes invested in a highfalutin novel about radiation that she’s been asked to give a “courtesy read.” She passionately tries to convince Gould to pitch the radiation movie to the studio head, rather than the iffy-sounding blockbuster, playing on his sense of morality and his attraction to her in the process.

Lohan was no train wreck, though there was one point where she flubbed her lines and needed an off-stage line prompt. Yet the snafu didn’t lead her to break character, which — in spite of her seasoned, raspy voice and unavoidable real-life reputation — she stepped into rather well. Though it might be hard to imagine Lohan playing innocent in 2014, her wide-eyed interactions with the bitter Hollywood execs brought to mind shades of Cady Heron, her naive Mean Girls character.

It wasn’t a polished performance, by any means, and she rushed a good number of her lines. Still, she didn’t hold the production back. Though Schiff is also a star in his own right, his performance was too tired and down-trodden. Of the three, Lindsay — Nigel Lindsay, that is — brought the most to the play, managing to maintain the intensity and speed that the snappy dialogue needs to land right. His rage over the news that Gould is passing on his big-break deal and the two men’s subsequent fight provides the most powerful energy in the play.

On the whole, the production was underwhelming, with just a few stand-out moments. Everyone involved — cast, crew and audience — seemed to know the real attraction was Lohan herself, but no one will be calling it a comeback. In the end, Lohan’s fans and detractors are likely both relieved and disappointed: she didn’t make the production, but she didn’t break it, either. 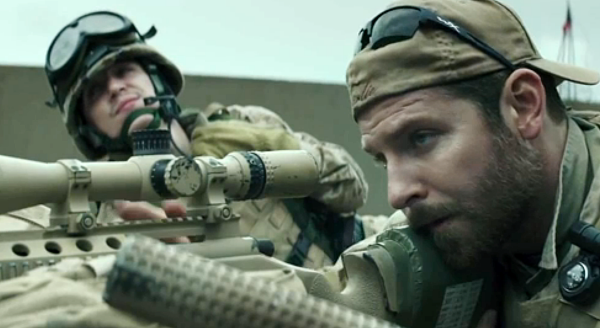 Watch the Heart-Pounding Trailer for American Sniper
Next Up: Editor's Pick