Australia Will Commit Troops and Jets to Iraq, PM Says

Australia will put troops on the ground in Iraq and assist in airstrikes to help fight ISIS (also known as ISIL) — the first time the nation has committed itself militarily in Iraq, the Sydney Morning Herald reports.

Australian Prime Minister Tony Abbott said in a televised news conference that 200 Special Forces troops will be deployed to “advise and assist” the Iraqi army as it seeks to scorch out the terrorist group. Meanwhile, up to eight of the nation’s Super Hornet fighters will be flown in for airstrikes, the Herald reports.

“I have to warn that this deployment to Iraq could be quite lengthy, certainly months rather than weeks,” Abbott said. “I want to reassure the Australian people that it will be as long as it needs to be, but as short as it possibly can be.”

Until now, Australian aircraft have flown into Iraq to contribute humanitarian aid, as well as distribute arms to Iraqi forces, Reuters reports. Abbott said that the mission should not be understood as a “war” — since the forces will be fighting an insurgency and not a state government — but as an expansion of Australia’s humanitarian mission, the Herald says.

Australia officials have joined with other Western governments in expressing heightened alarm at the number of their citizens who have gone to Iraq and Syria to join ISIS, as well as at evidence that some of those people have since returned home — battle-hardened and indoctrinated.

Reuters reports that 160 Australians are believed to be fighting in the Middle East, 20 of whom have come back to Australia, according to Australian official estimates. 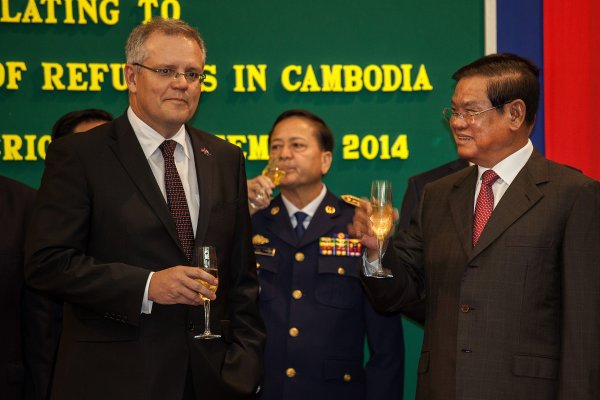