One Man's Story of Surviving Ebola

Foday Gallah’s neighbors have started calling him the Miracle Man. It’s a name he thinks is entirely inappropriate. “Man, I sure as hell don’t feel like a miracle,” he groans, struggling to stand up from the thin mat where he was taking an afternoon nap. But the fact that he is alive at all is enough to merit claims of divine intervention by friends and family. Gallah survived Ebola.

There is no cure for the disease—but with early intervention, proper care, and a lot of luck, some people, about 46% in Liberia, make it through. Gallah, a 37-year-old medical student and ambulance team supervisor in Monrovia, is one of them. He has finally returned home from two weeks in an Ebola treatment center run by the medical NGO Médecins Sans Frontières (MSF). And although it’s likely to be a few weeks more before he is back on his feet, the worst has passed. “My man, I went to hell and back,” he says, launching into a nightmarish tale of wrenching pain and debilitating sickness. “Ebola is a bad guy,” he says. “The pain, it makes you want to give up. I used to be a strong man, and this just broke me down.” His brush with death has made him determined to jump back into his job as soon as he regains his strength. “Now that I know the secret to survival, I want to get out there and help everyone else I can,” he says.

Gallah got his start as an ambulance team supervisor in December, when a local politician brought in a pair of donated second-hand ambulances from the city of Chico in California. In the beginning the teams mostly dealt with the Liberian capital’s heart attacks, car accidents and women in labor. But when Ebola spread to the country in June the numbers grew so quickly that Gallah was soon dispatching his teams to remote villages. Ambulances designed for the streets of Chico now spend their days navigating mud-slicked roads and flooded potholes so deep that ducks have taken up residence. The pace has been so hectic that one of the ambulances, bearing California ambulance license plate number 5W83046, still hasn’t been registered in Liberia. And the calls keep coming.

Gallah, who used to go out with one of the teams every day, knows exactly how he got sick. It was the third time he had been called to the same house to pick up patients. First it was for a mother, her son and a daughter that were sick with symptoms of Ebola. Then, a week later, he came for the father, the grandmother and two other sons. They all died. The last boy of the family, a four-year-old, was taken in by neighbors. But a week after that, he got another call. The boy, Samuel, was throwing up, the neighbors said. Gallah rushed back. “I put on my [protective gear] as fast as I could. All I wanted to do was save that little child’s life.” Gallah found Samuel in a pool of vomit, and gathered him into his arms. The child vomited again, all over Gallah’s protective suit. Ebola is spread by infected bodily fluids; vomit is particularly dangerous. “I didn’t care,” says Gallah. “All his family was gone, so I wanted to make sure he kept his life.” Gallah was in such a rush to get Samuel to treatment that he didn’t stop to disinfect with a whole-body chlorine spray. Samuel survived. But two days later, Gallah started feeling sick.

First he dosed himself with a pharmacy’s worth of prophylactics: vitamin C, Amoxicillin, anti-malarials, just in case it was something else. But the headaches kept getting worse, and his joints were too painful to move. He cautioned his family to stay away, and called his own ambulance to take him to the MSF clinic. Gallah didn’t need the test results to know he was positive. He could see it in the face of his colleagues on the clinic’s medical team. For three days he was in a delirium, he says. He took the antibiotics provided by the clinic to ward off secondary infections, and drank juice and electrolytes to stave off dehydration. But he was in too much agony to even answer calls from well-wishers. “I only wanted to talk to the pain.” But the MSF nurses and doctors kept encouraging him, telling him that he would be fine, that he would make it through. “I didn’t want to listen, but I didn’t have a choice.” In the end, he says, that’s what saved him. “It was their compassion and their care. I could tell that they wanted me to survive. So I survived.”

Two weeks later he tested negative for Ebola, and was released from the clinic with a new set of clothes (all his infected clothing had to be incinerated) and a “survivor’s kit,” a bundle of food, chlorine and bedding to help him back on his feet. They also gave him a giant package of condoms, and told him not to have unprotected sex for 90 days. “I can barely stand up,” he says with a laugh. “Sex is the last thing on my mind.”

Gallah says that he doesn’t regret for one moment that he rushed in to save Samuel. “Even if God had taken my life in the process, as long as Samuel survived, I don’t regret it.” If anything, he says, he has a newfound mission. “I have superpowers over Ebola,” he says. “Now that I have immunity, I have no fear. I will fight for people with all my might.” As a member of an ambulance crew, or as the doctor he hopes to someday become, he intends to apply the lessons he learned from Ebola to all his patients. “You have to care, you have to give encouraging words, you have to tell them they will survive. Because if you don’t have that [as a patient] you are going to want to die.” 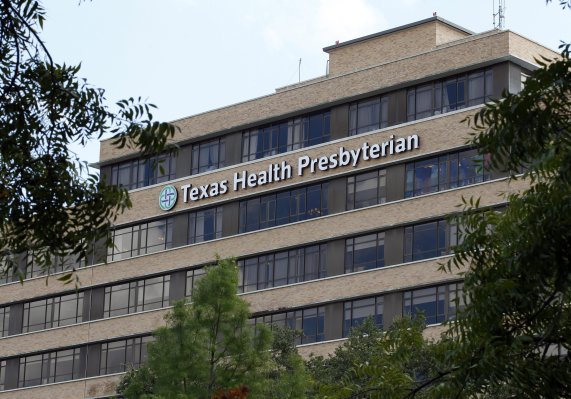 No Visitors Allowed
Next Up: Editor's Pick