Archbishop-Elect Blase Cupich speaks to the press on September 20, 2014 in Chicago, Illinois.
Scott Olson—Getty Images
Ideas
By Robert Christian
Robert Christian is the editor of Millennial, a PhD candidate in politics at The Catholic University of America, and a graduate fellow at the Institute for Policy Research and Catholic Studies.

Pope Francis did not waste any time laying out his vision for the Catholic Church—a church of mercy, of and for the poor, where there is a culture of encounter, rather than indifference or culture war. He has modeled humility, simplicity and dialogue, but his vision for Church is radical, and his latest appointment reflects that radicalism and is set to reshape the American church.

For Americans, no part of Pope Francis’ message has been more challenging than his critique of radical individualism. Individualism seems rooted in the American DNA—and we see it reflected in our politics, from the rise of the Tea Party to the rhetoric of pro-choice activists. Our fiercest fights are over rights, real or imagined, while the responsibilities associated with rights are often left out of the discussion entirely. We seem to understand the need for a vibrant civil society in our democracy, but we still end up bowling alone.

Pope Francis offers a different vision, one that is incompatible with our excessive focus on autonomy, choice and individual self-interest. Cardinal Sean P. O’Malley of Boston, a prominent figure in the American church, shares this vision and has also denounced “the extreme individualism of our age.” But now, with the selection of Blase Cupich as the next archbishop of Chicago, Pope Francis has given O’Malley a key ally and shown his willingness to translate the “Francis effect” into episcopal appointments, a move that will reshape the face and the focus of the Church in the US.

Bishop Cupich has been labeled a moderate by some who are analyzing the appointment through the prism of American politics. In some sense this is true. He is committed to finding common ground and engaging in civil dialogue. He rejects the confrontational brand of politics associated with the culture war.

But Pope Francis’ message is fundamentally radical, and Cupich, like Cardinal O’Malley, embraces that radicalism. This approach is rooted in a commitment to reaching out to those on the margins and peripheries and results in radical policies that fully reflect the dignity and worth of the vulnerable and poor. Given the inequalities that exist in our society, this vision is profoundly egalitarian. While Cupich’s pastoral skills undoubtedly made him appealing to Francis, his appointment signals the depth of Francis’ commitment to reorienting the focus of the Church to those at the margins.

In terms of the personal lives of American Catholics, this approach challenges our materialism and consumerism. It challenges those who see Catholicism as something that is done for an hour on Sundays, instead demanding that all Catholics live it out in their day-to-day lives. It is a challenge to reject living a safe, self-absorbed existence and get outside of our comfort zones.

In terms of politics, what is offered is a communitarian approach that is rooted in solidarity rather than enlightened self-interest, in personalism rather than the bourgeois liberalism of the left and right. It aims for the global common good and calls for the radical transformation of existing social structures, both in the United States and internationally, that foster economic and social injustice, along with the social exclusion of the poor and vulnerable.

In response to the epidemic of radical individualism, O’Malley argues, “The Church’s antidote is community and solidarity.” Bishop Cupich has challenged both individualism and the libertarianism that often follows in its wake. At a recent conference that contrasted Catholic thinking and libertarianism, he said, “By uncoupling human dignity from the solidarity it implies, libertarians move in a direction, that not only has enormous consequences for the meaning of economic life, and the goal of politics in a world of globalization, but in a direction which is inconsistent with Catholic Social Teaching, particularly as it is developed by Pope Francis.”

The confrontation between Pope Francis and wealthy church donors who embrace trickle-down economics will only intensify with this selection. Both economic libertarians and culture warriors are bound to be disappointed by the choice. And Pope Francis does not care. He correctly sees his own radicalism as a reflection of the radical ethic of love that is found in the Gospels. And in his most important American appointment, Francis showed that he will fearlessly promote his radical vision for the Church.

Robert Christian is the editor of Millennial, a PhD Candidate in Politics at The Catholic University of America, and a graduate fellow at the Institute for Policy Research and Catholic Studies. 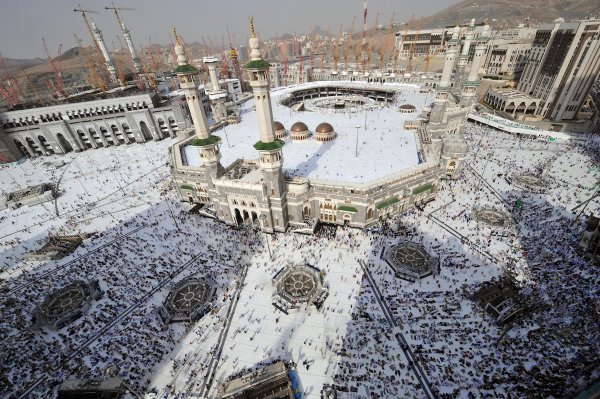 The Hajj Airlift You've Probably Never Heard Of
Next Up: Editor's Pick