Why the Government Has Legal Authority to Quarantine

Texas officials placed at least four people under quarantine Wednesday night after they had contact with Thomas Eric Duncan, the Texas hospital patient with Ebola. About 100 others are being monitored for the disease. Reports Thursday morning also say a man is being held in isolation in Hawaii for a potential case of Ebola.

But where does the government get its legal authority to restrict the liberty of citizens by quarantining them, restricting their movement and supervising their contact?

The answer, when it comes to the federal government: the Commerce Clause of the Constitution. Under section 361 of the Public Health Service Act (42 U.S. Code § 264), the U.S. Secretary of Health and Human Services is authorized to take measures to prevent the spread of communicable diseases into the United States and between states, according to the Centers for Disease Control and Prevention (CDC), which holds the authority for carrying out these functions.

Measures may include isolation, which divides people with communicable diseases from those who are healthy, or quarantine, which segregates people who may have been exposed to a communicable disease to see if they become ill. The most infamous example of isolation is Typhoid Mary, a cook in New York in the early 1900s who was exiled for life against her will for carrying a pathogen associated with typhoid fever.

Isolation and quarantine can be imposed by states under their police power functions, which give them the right to protect the health and safety of people within their borders. The four people currently quarantined in Texas are Duncan’s close family members. They received orders Wednesday from Texas and Dallas County officials “not to leave the apartment or to receive visitors without approval” until October 19, TIME’s Alex Altman reports.

But if states’ powers are not enough to stem the spread of a disease, the federal government can also institute isolation and quarantine. The last time this was used on a large scale was during the “Spanish Flu” pandemic in 1918-1919, according to the CDC. 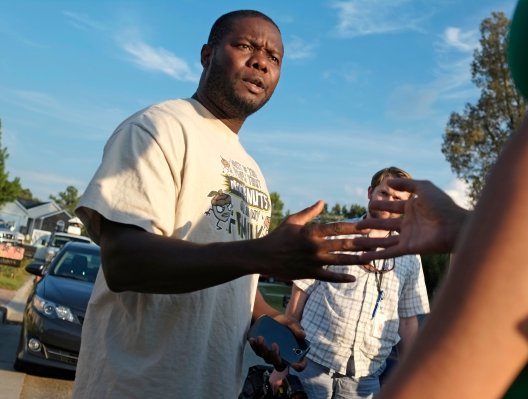 What Thomas Eric Duncan Endured Before Ebola
Next Up: Editor's Pick