The 7 Craziest Tacos You Can Buy Now

Now, before we go any further, we’d like to acknowledge that you never need any kind of official reason to eat, discuss or look at tacos, because every moment of every day is the perfect time to do all those things. But to honor this extra-special day, we decided to round up some of the most non-traditional tacos we could find.

So grab some guac and check ’em out: the 7 craziest tacos on sale now. (And we’re sorry if any of these ruin regular tacos for you.)

Last year, the United Nations said we should all be eating more insects because it will reduce greenhouse gas emissions and livestock pollutions, create jobs and help feed millions of hungry people worldwide. The best way to eat insects? Throw them into a tortilla with some onions and hot sauce, obviously.

Where to get it: Gourmet Mexican restaurants like Toloache in New York City and Hugo’s in Houston

If you feel weird eating tacos in the morning (which you shouldn’t, because tacos should be eaten shamelessly at any and all hours of the day) this could be a good compromise. This fast food creation takes a waffle, folds it up like a tortilla, and then stuffs eggs and sausage or bacon inside. Sadly, some reviewers have said the taste is less than stellar. So just make sure to lower your expectations before chowing down.

Where to get it: Taco Bell locations nationwide

It’s like a regular taco, but instead of a tortilla, you get bacon. Um, yes please. Philadelphia’s PYT restaurant sold these for $14 last year, but alas, it was a limited-time-only thing.

Where to get it: You’ll probably have to make this one at home with these instructions

One customer says it tastes like chicharrones — a dish made of fried pork rinds that are generally considered delicious — if that helps ease your fear at all. They’re one of the specialty items at Don Bugito, a San Francisco-based food project that “offers tasty edible insect foods and treats which are super healthy for both people and the planet.”

Where to get it: Don Bugito in San Francisco

Remember the Choco Tacos of your youth? Did you know you could get something similar, but made to order, with fewer chemicals and preservatives? A San Francisco-based food truck called Rocko’s Ice Cream Tacos has made this their mission, using local organic ice cream and toppings. Does this really count as a taco? Probably not, but also, who cares, because they look so ridiculously delicious:

Where to get it: Rocko’s Ice Cream Tacos in San Francisco, or if you’re feeling ambitious, attempt to make your own version at home

Your average, everyday Taco Bell taco, but served in a shell made out of Doritos. This was super buzzy a few years back, but people still seem to be pretty into it. Because it’s still a taco stuffed inside a giant Dorito.

Where to get it: Taco Bell locations nationwide

Naan is already pretty delicious on its own — but what happens when you use it like a tortilla to make naan tacos? Magical things happen. This opens up the opportunity for Indian-inspired tacos or Indian-Mexican fusion tacos. We’re drooling just thinking about it.

Where to get it: The Naaco Truck in Calgary, Canada, or Taco Naan in Coppell, TX

Last year, a Florida restaurant called Taco Fusion stirred up controversy for serving a lion meat taco. After significant backlash from animal activists, the restaurant pulled the taco from its menu and then, a few months later, ended up closing up shop. Other specialty tacos included ostrich, bear, rattlesnake, reindeer and yak. Yum?

Most Popular on TIME
1
'A Climate Emergency Unfolding Before Our Eyes.' Arctic Sea Ice Has Shrunk to Almost Historic Levels
2
How England's COVID-19 Reopening Went Terribly Wrong
3
Everything You Need to Know About Nurse Ratched Before Watching the New Netflix Show 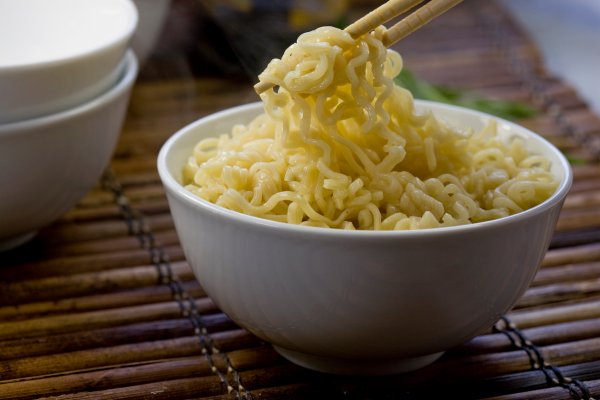