How Nudity Became the New Normal

In an interview for the November issue of Vanity Fair, Jennifer Lawrence finally revealed how it felt to have her nude photos hacked and distributed on the internet this summer. “Anybody who looked at those pictures, you’re perpetuating a sexual offense,” she says. “I didn’t tell you that you could look at my naked body.”

“It’s my body, and it should be my choice, and the fact that it is not my choice is absolutely disgusting,” she continued.

The photos accompanying the Vanity Fair piece show Lawrence topless, in a swimming pool, wearing only a diamond necklace and holding a cockatoo. Lawrence is certainly not the first actress to sit for a tasteful topless shoot, but the difference between being hacked and choosing to pose for Vanity Fair says something about how millennials think about nudity. Nakedness isn’t about lack of clothing anymore– it’s about lack of control.

When it comes to our birthday suits, young people are more comfortable than ever with seeing and being seen. A 2014 Pew survey found that 44% of people aged 18-24 reported that they received sexts (which Pew defines as “sexually suggestive photos or videos”) while 15% reported sending one. That number is almost double the 2012 sexting rates, where only 26% of that age group reported receiving a sext. A study at Drexel University found that 28% of surveyed undergrads said they had sent photographic sexts while underage.

If these are the photos that young people admit to sending and receiving, imagine how many revealing photos are simply being taken. At this rate, 2028 presidential candidates won’t be trying to bury nude photos– they’ll be debating in nothing but red and blue ties.

Everywhere you look, naked is the new normal. Miley Cyrus’s mostly-naked 2013 “Wrecking Ball” video got over 700 million views on YouTube, and Robin Thicke’s 2013 hit video “Blurred Lines” was viewed over 300 million times despite objections to naked supermodels dancing on leashes. HBO has always been skin-friendly, but the last four years has seen an explosion of casual on-screen nudity everywhere from Brooklyn (in Girls) to Braavos (in Game of Thrones.) There’s even a reality show on VH1 called Dating Naked that features couples courting each other in the buff.

And from the ubiquitous shirtless selfie on Tinder to mayoral candidates’ “dick pics,” sexting works as a vehicle of instant intimacy in a world where genuine intimacy is harder than ever. “It’s our image, it’s not us,” explains sexuality educator Dr. Logan Levkoff. “We’re not engaging with someone face to face, so the perception is that we’re not vulnerable.”

In other words, nakedness can be an expression of strength, as long as you’re in control of the image. That’s the difference between Miley Cyrus’s Instagram of herself wearing ice cream-shaped pasties and Jennifer Lawrence’s selfies distributed against her will. It’s not the clothing that matters, it’s the context.

It’s the difference between posing nude and feeling naked. We use “naked” and “nude” like synonyms, but there have always been differences between bare bodies, even in art history. A naked figure is supposed to have clothes on, but doesn’t (like the naked woman surrounded by clothed men in Manet’s Luncheon on the Grass.) A nude figure doesn’t have to worry about pesky social conventions like pants, because it’s usually some kind of Classical or Biblical hero, like Michelangelo’s David.

The new nudity is even being used for political purposes in some contexts. Some people strip down to defy beauty standards, like the plus-size women who Instagram pictures of themselves in bikinis with the hashtag #fatkini. Others wear their birthday suits to protest censorship, like the Free the Nipple campaign. “We’re in a world where we fight so hard to talk about how how bodies come in all shapes in sizes,” says Dr. Levkoff. “So are there some girls that say ‘this is me, this is beautiful and I own it’ and post it online? Could be!”

But even kids who post nude selfies to prove how secure they are probably still bluffing, Dr. Levkoff says. “The majority of adolescents who are out there naked, its not because they’re necessarily comfortable, it’s because they want to show people they’re comfortable.” And when today’s teenagers are photoshopping out their stretch marks in 20 years… maybe the naked thing won’t be so much fun anymore.

When it comes to naked photos, technology acts as both a fig leaf and an vehicle of humiliation. On the one hand, a nude selfie gives the subject some control over the image—we can use filters, lighting, and specific angles to control how we’re represented. But what feels liberating and empowering at one moment can be mortifying when the photo gets into the wrong hands. And it’s not just risky for celebrities—nude selfies sent to jerk ex-boyfriends could be lurking anywhere on the internet, just waiting to crop up as soon as our future bosses Google our names.

Unless all our future bosses are also naked, holding a cockatoo. 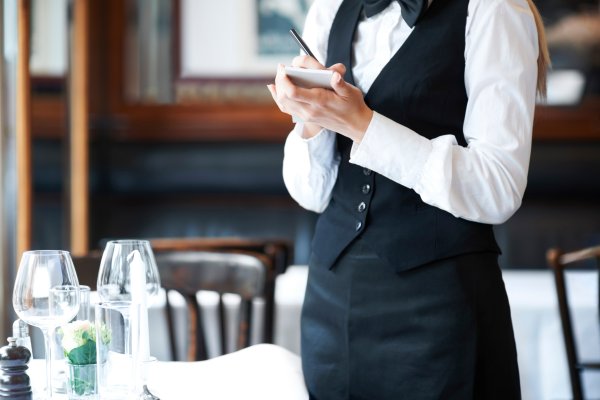