Forget Millennials. Gen Xers Are the Future of Work

There’s a big birthday coming up: in 2015, the first Generation Xers will turn 50 years old. Commonly cited as born between 1965 and 1980, these independent-minded, latchkey kids are now old enough to get their AARP carrying cards. But that’s not all — they’re poised for great leadership–the average age of an S&P 1500 CEO is 50. And they’re already leading the majority of growing companies: 68% of Inc. 500 CEOs are Gen Xers.

And yet we’re still ignoring them at work. Generation X may be the smallest portion of the workforce, but they’re your company’s rising and current leaders. So why do we ignore them? With the rise of Millennials (predicted to be more than 40% of the workforce by 2020), we’re obsessed with pleasing the masses and concerned about the aging Boomer workforce. But we’ve forgotten about our middle children, the silent, independent ones. And they matter much more than you might think. Here’s why:

Gen Xers play the 7-up game daily. They are known for keeping their heads down and assuming their work speaks for itself. They constantly plug along and feign satisfaction, too afraid to upset the apple cart. And that’s a productivity and engagement killer. We know Generation Xers are less engaged than their Millennial counterparts, and that makes for less motivated, energized and prepared leaders.

The burden of the work-life balance debate

As the average child-bearing age increases and life expectancy expands, Generation X is bearing the burden of raising young children while also managing aging parents more so than ever before. According to AARP, “in 2012, 42% of Generation X had a financially dependent child along with a parent over 65.” Like it or not, we can’t ignore the stress, concern and lack of sleep that follows them into the workplace and into positions of leadership. This also means Generation X is more likely to use the Family Medical and Leave Act resulting in increased absenteeism from work for months at a time.

The generation under the most financial stress, Generation X lost 45% of its wealth–almost double that of the Baby Boomers before them. We know how financial stress affects work quality and engagement but it also means this generation may take fewer risks in the workplace for fear of losing their jobs and have a lower propensity for change and shifting jobs even when opportunity arises.

Because Generation Xers will make up only 20% of the workforce, as leadership roles are vacated by older workers, there are fewer Generation Xers available. And Millennials may not have the experience and maturity needed for such roles. Can we say war for talent? Three to five years from now experienced leaders may be impossible to recruit.

Impossible recruiting? Absent and unfocused workers? What sounds like a recipe for leadership disaster can be avoided if organizations don’t assume their middle children are doing just fine. Focusing the same attention on the generation that isn’t demanding it could be even more productive than helicoptering over your Millennials. Start by looking inward first–that’s where data comes into play–not the large sweeping global trends on generations, but a deep look inside your organization:

Then you can work on removing the roadblocks in their way–engagement, financial, personal–and develop tailored plans for those high-potentials you want and need to be ready for the top jobs. Sometimes all the middle children need are a little attention and care. 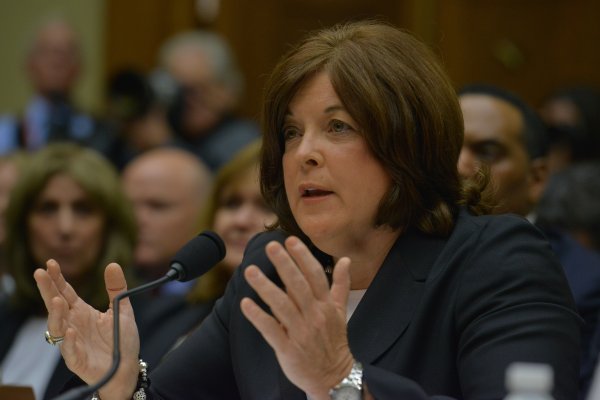 How To Fix the Secret Service
Next Up: Editor's Pick