Brad Pitt: "I Want to Spend More Time With My Kids"

The 50-year-old actor, newly married to Angelina Jolie and father to six, told the U.K’s Psychologies magazine that being a father makes him “feel like the richest man alive,” according to TODAY.

Though he says being a parent is “the most beautiful thing you can experience,” he also admits that he worries when it comes to his children. “I worry about them all the time,” he says. “That’s the emotional bond and responsibility that sweeps over you when you have a family to look after. I care about them more than I care about myself, which I think is the real definition of love.”

Amid all the gushing, it’s clear that Pitt’s priorities are shifting to his family, possibly at the expense of his career. “I’ve been slowing down for a while now — and slowly transitioning to other things,” Pitt says in British GQ’s November issue. “And, truthfully, I do want to spend more time with my kids before they’re grown up and gone.” 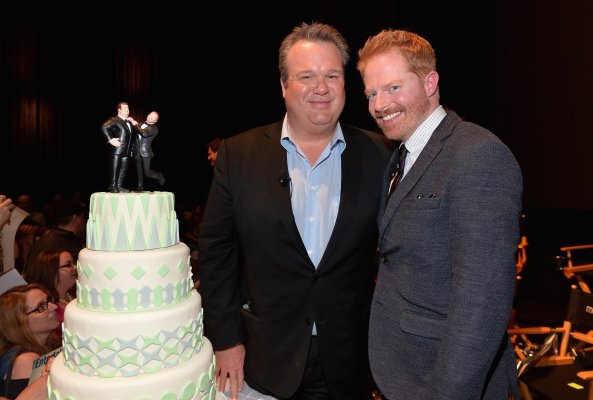 That Time Cam and Mitch from Modern Family Crashed a Frat Party
Next Up: Editor's Pick