Last night on Conan, Jesse Tyler Ferguson, who plays Mitch on Modern Family, had a fun little anecdote to share. He and co-star Eric Stonestreet (who plays Mitch’s husband, Cam) took a trip to Kansas State University (Stonestreet’s alma mater) to host a panel discussion and answer questions about their work in the TV industry. After the event, the actors did some bar hopping and eventually, around 2:30 a.m., Stonestreet decided it would be a good idea for them to stop by his old fraternity house. You know, because most things seem like a good idea at 2:30 a.m.

The actors took photos with some of the college students they encountered (a few of whom were, uh, not properly clothed). See? This proves that even when they’re not on set, all kinds of shenanigans ensue when Mitch and Cam get together.

WATCH: Conan Shows Us What the Minecraft Creator’s Really Doing with Newfound Billions 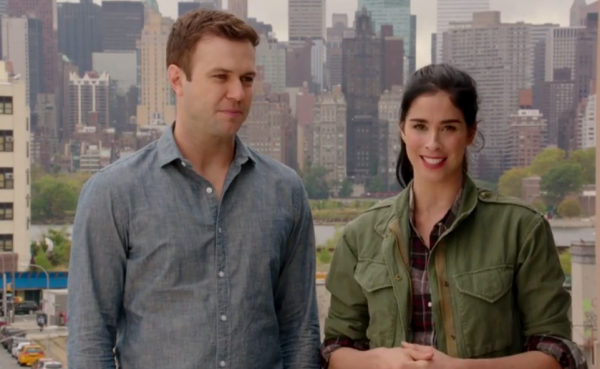