What makes the story a whole lot more complicated is that donor number 330 is African American.

“On August 21, 2012, Jennifer gave birth to Payton, a beautiful, obviously mixed-race baby girl,” says the lawsuit. “Jennifer bonded with Payton easily and she and Amanda love her very much. Even so, Jennifer lives each day with fears, anxieties and uncertainty about her future and Payton’s future.”

Among the issues that are causing these anxieties are the prospect of sending her mixed race child to an all-white school, traveling to a black neighborhood—where she feels unwelcome—to get Amanda’s hair done and the lack of acceptance by her extended family, who, according to the suit, are already having issues with the whole same sex couple arrangement.

Ms. Cramblett told The Today Show that she and her partner Amanda Zinkon love their daughter very much, but she doesn’t want this to happen to anyone else’s family. “I’m not going to let them get away with this,” she said. She’s primarily angry, she says at what she considers the sperm bank’s cavalier attitude and “lack of concern for me and my family…if they had some compassion and just said sorry. But they didn’t.”

So far, the Midwest Sperm Bank has declined to comment.

(This might be a good time to direct Ms. Cramblett’s attention to Chocolate Hair, Vanilla Care, a website used by many transracial adoptive families. You’re welcome.) 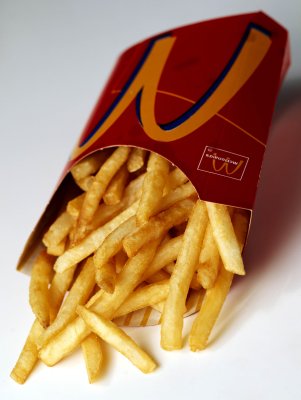 I Don't Want to Marry a Man Who Will Feed Our Kid McDonald's
Next Up: Editor's Pick