In some ways, the most shocking thing about the 46 hours of secret audiotapes made by former Federal Reserve bank examiner Carmen Segarra in 2012 is that they are no shock at all. Did anyone ever doubt that the New York Fed was in hock to Wall Street? Or that Fed bank examiners–the regulators tasked with monitoring the risks banks take–might fear alienating the powerful financiers on whom they depend for information or future jobs?

It’s one thing to know and another to hear in painful, crackling detail how the Fed’s financial cops slip on their velvet gloves to deal with Goldman Sachs. Or how Segarra, one of a group of examiners brought in after the financial crisis to keep a closer watch on the till, was fired, perhaps for doing her job a little too well. One can only hope that this latest example of regulatory capture by Wall Street will focus minds on the fact that six years on from the crisis, we still have a dysfunctional financial system.

Consider one of the shady deals highlighted on the secret tapes of New York Fed meetings, which Segarra made with a spy recorder before she was let go and which were made public on Sept. 26 in a joint report by ProPublica and This American Life. The 2012 transaction with Banco Santander, initiated in the midst of the European debt crisis, ensured that the Spanish bank would look better on paper than it really was at the time. Santander paid Goldman a $40 million fee to hold shares in a Brazilian subsidiary so that it could meet European Banking Authority rules. The Fed employees, who work inside the banks they examine (yes, it’s literally an inside job), knew the deal was dodgy. One even compared it to Goldman’s “getting paid to watch a briefcase.” But it was technically legal, and nobody wanted to make a fuss, so the transaction went through.

It’s hard to know where to begin with what’s problematic here. I’ll focus on the least sexy but perhaps most important point: existing capital requirements–the cash that banks are obligated to hold to offset risk–are pathetic. Despite all the postcrisis backslapping in Washington about how banks have become safer, our system as a whole has not. No too-big-to-fail institution currently is required to keep more than 3% of its holdings in cash (a figure that will rise to 5% and 6% in 2018), which means banks can fund 97% of their own investments with debt. No company outside the financial sector would dream of conducting daily business with that much risk. As Stanford professor Anat Admati, whose book The Bankers’ New Clothes makes a powerful case for reining in such leverage levels, told me, “We’ve got to get rid of this idea that banking is special and that it should be treated differently than every other industry.”

Of course, if you start telling financiers they should use more than a few percentage points of their own money when they gamble, they’ll throw a fit. They will tell you that would make it impossible for them to lend to real businesses. They will also uncork lots of complex financial terms–“Tier 1 capital,” “liquidity ratios,” “risk-weighted off-balance-sheet exposures”–that tend to suffocate useful (a.k.a. comprehensible) debate. Financiers use insider jargon to intimidate and obfuscate. This is something we need to fight. In banking, as in so many things, complexity is the enemy. The right questions are the simplest ones: Are financial institutions doing things that provide a clear, measurable benefit to the real economy? Sadly, the answer is often no.

One thing we’ve learned since the crisis is that bailing out Wall Street didn’t help Main Street. Credit to individuals and many businesses plummeted during and after the bailouts and remains below precrisis levels today. Numerous experts believe that the size of the financial sector is slowing growth in the real economy by sucking the monetary oxygen out of the room. Banks don’t want to lend; they want to trade, often via esoteric deals that do almost nothing for anyone outside Wall Street.

This disconnect between the real economy and finance is now being closely studied by policymakers and academics. Adair Turner, a former British banking regulator, thinks that only about 15% of U.K. financial flows go to the real economy; the rest stay within the financial system, propping up existing corporate assets, supporting trading and enabling $40 million briefcase-watching fees. If the New York Fed really wants to redeem itself, it might consider commissioning a similar study to look at Wall Street’s contribution to the U.S. economy. After all, if finance can’t justify itself by showing it’s actually doing what it was set up to do–take in deposits and lend them back to all of us–what can justify it? 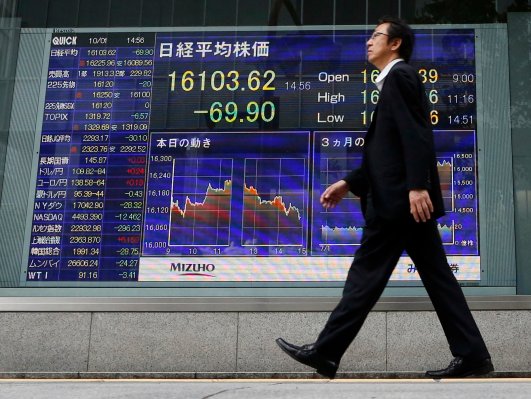