Rock the Vote launched a $250,000 ad buy Thursday in five states where tight battles for statewide and national offices are playing out, including North Carolina, Florida, Ohio, Michigan, and Wisconsin.

The ad grab is part of the organization’s efforts to get young voters to the polls this election season—part of its trademark mission to make doing one’s civic duty look cool. The organization has also been working to register over 1 million millennials to vote–often soliciting the help of celebrities including Miley Cyrus.

Though the ads are running in states with tight races, non-partisan organization says its less interested in the politics of the races and more keen on getting as many young people as possible to head to the polls. “We are looking at states with large populations of college students and making sure we’re getting as many young people out to vote as possible,” says Ashley Spillane, president of Rock the Vote.

The ads’ target audience is among the groups deemed least likely to vote this election cycle, but Spillane is hoping the snarky tone of the 30-second spots, scheduled to air online and on stations like Comedy Central until Election Day, captures the attention of those 18 to 25. Each ad feels a bit like a dare—challenging young people to vote by presenting characters that would make a Birkenstock-clad millennial flip their wig.

“These are not your typical political ads,” says Spillane. “Young people have tuned traditional political ads out. We’re trying to meet young people where they are and speak about the issues that they care about.”

The ads highlight issues young people care most about—including war, reproductive rights, and the environment—but do so in a way that might not resonate with a typical Midterm voter. (One ad features a reference to rapper Riff Raff—“Laws making it harder for Riff Raff to vote? Absolutely,” a polo-clad woman in a golf shop says.)

The ads are a part of a larger Rock the Vote campaign called “Care Like Crazy” set to encourage young voters to share the issues that make their blood boil and hopefully, push them to the polls come November. 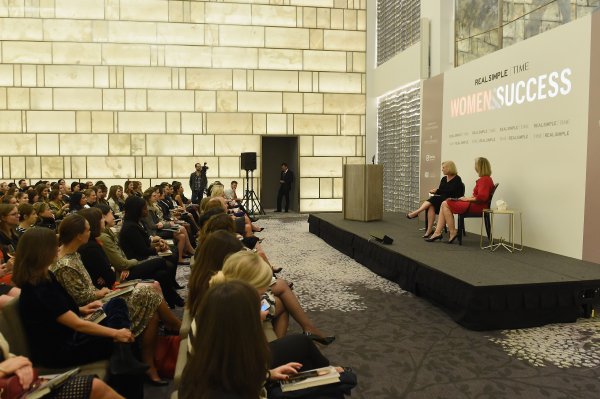 Senator Speaks on Secret Service
Next Up: Editor's Pick