3 Categories Where the iPhone 6 Falls Short

Last week, we crowned the iPhone 6 the best smartphone on the market…at least for now. With a mix of strong expert reviews, solid benchmark scores and a host of new features, Apple’s latest handset just nudged its way past the LG G3, HTC One (M8) and Galaxy S5 to claim smartphone supremacy.

So if you care most about a beautiful screen or a full charge, you can do a lot better than the latest iPhone. We looked at three key categories to see how the iPhone 6 stacks up to its closest competitors stat by stat, feature by feature. Let’s take a look, starting with the iPhone’s biggest weakness.

Battery life has always been tricky to measure objectively, particularly in smartphones. The most popular metric is talk time, but these figures are often fudged by the manufacturers, who can manipulate testing conditions to produce the numbers they want for marketing materials.

And even when you consider third-party reviews—which often feature practical battery comparisons based on day-to-day use—they still rely on the reviewer’s hometown cell towers and personal use habits.

A better metric for a fair comparison is battery capacity. Measured in milliamp hours (mAh), it’s the amount of electric charge the device can deliver—or in consumer terms, it defines how much “juice” there is to go around.

There’s just one problem with this measurement: It doesn’t account for screen size. A smartphone’s screen is a giant power hog: the bigger the screen, the more battery capacity it’ll need to get through the day. This means that a 5.5-inch phablet will die a lot faster than a 4-inch iPhone, even if they have an identical battery capacity.

Predictably, the iPhone 6 sits above the line in the worse battery zone: that 1,810 mAh of capacity simply isn’t enough for its 4.7-inch screen. Despite incremental improvements over the 5s, the iPhone 6 still holds less juice than a glass of Sunny D.

The comparison in the chart isn’t perfect. Specifically, a phone’s pixel density will affect battery life as well, where a more crisp display will drain battery faster. Still, using the above plot, we can see that the DROID MAXX, HTC Butterfly S and several Sony phones—not the iPhone 6—have the industry’s best screen size to battery capacity ratio.

In 2010, Apple set the new standard for display sharpness with the “Retina” iPhone 4. For its time, 326 pixels per inch (PPI) was one small step for screen sharpness and one giant leap for blood-shot eyes.

Four years later, Apple hasn’t budged. The iPhone 6’s display is no crisper than its 4-year-old predecessor, while Samsung, HTC and LG have jumped ahead, pushing their PPIs into the 400s and 500s. You might argue that the human eye can’t discern anything over 300 PPI anyway, but take one look at the LG G3 and you might just change your mind. Apple apologists have also pointed to battery life—more pixels means faster battery drain—but it’s a tough argument to buy when phones like the HTC One (M8) both looks sharper and runs longer than the iPhone on a single charge.

The chart below lists the sharpest screens in 2014. Note that the iPhone 6 is on the far right, at #33 overall for the year.

To its credit, the iPhone 6 Plus fares a bit better than its smaller brother in both display sharpness and battery life—it’s tied for the 23rd sharpest display in 2014. Regardless, if you want a world-class display, grab an LG G3 or a Galaxy Note 4 instead.

So even if the iPhone 6 remains a stubborn 326 PPI and blows through battery life, it’s at least the thinnest, lightest device for its size, right? Not quite. At 129 grams, the iPhone 6 is quite light, but it’s only the 9th lightest 2014 phone (in the 4.6- to 5-inch range), trailing handsets like the LG G2 Mini, LG Optimus L90 and Huawei Ascend P7.

For a fair weight comparison of all 2014 phones, however, we’d want to factor in screen size, just like we did with battery life—in other words, ounces of weight per inch of screen real estate. Using this measurement, the iPhone 6 is only the 22nd lightest phone in 2014, at 27 ounces per inch (the BLU Life Play S leads all 2014 phones, at 23 ounces per inch).

And even if you look at only the best-reviewed phones of the year (i.e. the ones you’d really consider buying), the iPhone 6 is heavier, by the inch, than five other handsets, including the Huawei Ascend P7, LG Optimus L90, LG Lucid 3, Sony Xperia T3 and LG’s latest flagship, the G3. The iPhone 6 may be light, but for now, LG’s top devices are lighter. 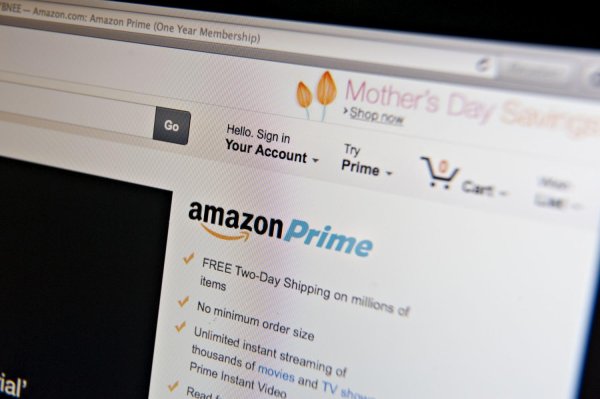 Shop Amazon Smarter with These Quick Tricks
Next Up: Editor's Pick