The Secret to Learning a Foreign Language as an Adult

Answer by David Bailey, CEO of Spotnight, on Quora.

I’ve learned several foreign languages as an adult. I was able to learn French to conversation fluency in 17 days using the following techniques. Note that I had previously learned Spanish to fluency so this was not my first foreign language.

In summer of 2005 I stayed with a French friend in a tiny village in the Beaujolais region of France. No one in the village spoke English and, since my friend knew I had an ambitious learning goal, she refused to speak to me in English as well.

I set up a routine where I did the same things every day.

In the mornings, I woke up and wrote out longhand the regular and irregular verb tables for 1.5-2 hours. I managed to get through an entire pad of paper in two weeks. I still believe that writing things out by hand is the best way to memorize things.

While I wrote, I would listen to Michel Thomas’ language learning mp3s. On the CDs you listen as he teaches French to other English speakers. It’s really helpful to hear other students make mistakes that you can learn from, just like a regular classroom environment. In two weeks I listened to the foundation, advanced and language building courses twice.

I would run for 45-60 minutes in the early afternoon in the French countryside listening to catchy French music. Music is a great way to learn the intonation of a language and train your facial muscles as you sing along.

I had lunch with my friend and her French friends everyday. As they refused to slow down when speaking to me in French, it was learn or starve!

In the afternoon, if I wasn’t playing darts or Boules with my French friends, I was reading “Charlie and the Chocolate Factory” in French. Reading the children’s books you read as a child is a great hack to learning new languages. Firstly, the language used is simple and secondly, knowing the story helps you to guess the meaning of new words and avoid using a dictionary. Surprisingly children’s books are more entertaining in a foreign language.

I spent at least an hour writing basic essays about myself which I had my French friend check for errors. When you meet new people you inevitably get asked the same things: “Where are you from?”, “What do you do?”, “Do you like France?”. By learning ready-made answers, you get to practice what you learned and build up your confidence.

Another good tip is to learn the filler words. These are the words and phrases people say then all the time between sentences (alors, en fait, etc.) but have no real meaning; allowing you to buy time in a conversation and increase your confidence.

After 17 days I left the small town and went to Paris. I met a girl in a coffee shop and we started talking. After a few minutes, she asked how long I had lived in France. When I told her I had been learning French for 17 days, she swore that I had lived in France for at least a year.

Hopefully there are some useful tips you can use in your learning. Let me know and bonne chance!

This question originally appeared on Quora: What are the best ways to learn a language as an adult? 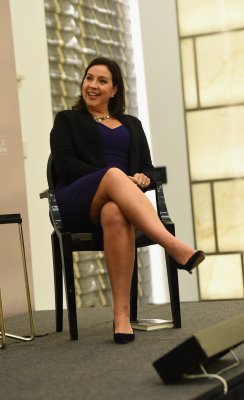 Frozen Songwriter Kristen Anderson-Lopez on Her 'Aha' Moment
Next Up: Editor's Pick