By Belinda Luscombe and Salima Koroma

Famed public intellectual Cornel West, whose new book Black Prophetic Fire is a re-examination of key black political figures through a different lens, was initially a big supporter of Barack Obama and appeared with him during his first presidential campaign. But in 2012, West says he didn’t even vote. “I couldn’t vote for a war criminal,” he said, calling Obama’s administration a “drone presidency.”

In an interview with Time for 10 Questions, which can be read here, the always outspoken West said the President lacks courage. “I think he lacks backbone,” he says. “I think he’s settled for the middle ground rather than the higher ground.”

One example of that, he explains, is the way Obama addresses young black men, which West characterizes as “paternalistic,” and very unlike the subservient way he deals with Wall Street. “When you say your major program for black young boys is going to be one of charity and philanthropy but no public policy, no justice, then criticism must be put forward just to be true to the black prophetic tradition,” he said.

The Obama legacy, West says, is contrast to the black leaders in the book, such as Malcolm X, whom West says, “specialized in ‘de-n___izing’ black people”–that is, he clarifies, encouraged them not to “be intimidated, afraid, and so scared of speaking [their] mind and allowing [their] soul to be manifest that [they] defer to the powers that be, especially the white supremacist powers.”

West, who’s no stranger to controversy, is currently a professor at Union Theological Seminary. He’s hoping to draw as many young people as he can to a rally in Ferguson, Missouri, on Oct. 13, to protest the killing of Michael Brown by police there. “It’s a beautiful thing to see the young people in Ferguson and all across the nation, organizing there.” 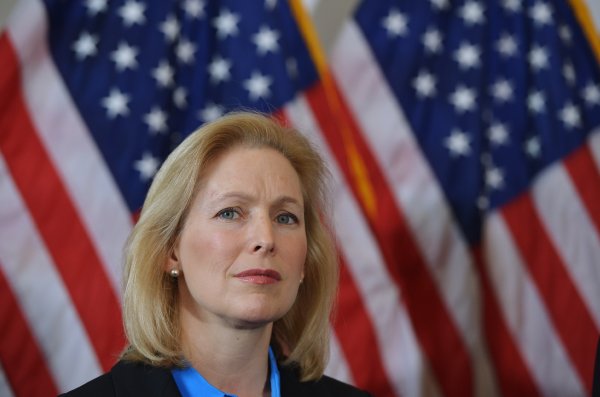 Kirsten Gillibrand On Why She Hates the Phrase 'Having It All'
Next Up: Editor's Pick