Stocks fell across the board Wednesday as the year’s final fiscal quarter opened to a market sell-off spurred by concerns over mounting global crises, including the first domestic case of Ebola, as well as the looming possibility of an interest rate hike.

The Dow Jones industrial average was down more than 200 points for much of the afternoon, and is off more than 2.8% over the past five days. The S&P 500 and Nasdaq were down 1.3% and 1.7%, respectively. Facebook (-3.74%) and Expedia (-3.41%) were among the stock falling on the tech-heavy Nasdaq index, with both companies’ shares down around 2.5% Wednesday afternoon.

Wednesday marked the first time since 2011 that all three major indices fell to start October, according to CNBC.

It was a volatile close to the third quarter for the stock market, as evidenced by the fact that the Dow fluctuated by at least 100 points in either direction for five days in a row last week. The S&P 500 and the Nasdaq indices are down 2.6% and 3.6% over the past five days, respectively.

The market’s recent tribulations have been driven by such global crises as the ongoing tensions between Russia and Ukraine, as well as the U.S.-led airstrikes against ISIS in Syria and, more recently, the widespread pro-democracy protests in Hong Kong. What’s more, investors have proven to be consistently nervous with regard to any news that could signal an earlier than expected move by the U.S. Federal Reserve to raise currently low interest rates. On Wednesday, the latest news to roil those investors came in the form of a positive report on U.S. manufacturing in September, which raised concerns that the Fed would opt for an earlier uptick to interest rates should more positive U.S. economic news follow. (The Fed, and the markets, will certainly have a close eye on the September jobs report when it is released this Friday.)

Meanwhile, Fortune reported earlier today on the effect the first confirmed domestic Ebola case, which was found in Dallas, has had on the markets. The S&P Airline Index fell almost 4% in the wake of news that the man found to have the deadly virus had recently flown on a commercial flight to the U.S. from Liberia. Of course, other companies saw their stocks improve with the news, including pharmaceutical firms with Ebola vaccines such as Tekmira Pharmaceuticals (+25.59%) and NewLink Genetics (+8.36%), whose stocks soared. 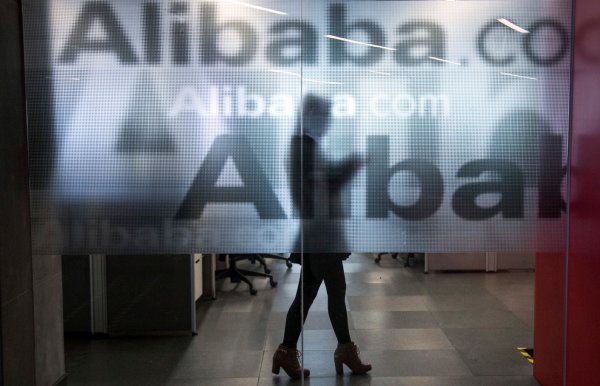 4 Things Alibaba’s IPO Tells Us About a Changing World Economy
Next Up: Editor's Pick