Illustration by Miles Donovan for TIME
By Mandy Oaklander

Three in 10 teenage girls in the U.S become pregnant each year—a rate far higher than in other industrialized countries. But when girls are counseled about the most effective contraceptives and given their pick of birth control at no cost, their rates of pregnancy drop by 78% and they get 76% fewer abortions than the general population of sexually active teens.

That’s what a new study published in the New England Journal of Medicine suggests, in which researchers at Washington University School of Medicine in St. Louis attempted to see what would happen when they tore down the three main barriers to teenage birth control—ignorance of options, limited access and prohibitive cost.

They studied a group of 1,404 teenage girls enrolled in the Contraceptive CHOICE project, a study of adolescents and women at high risk for unintended pregnancy. 62% of the girls were black and 99% were sexually active. Black teens have even higher rates of pregnancy than the rest of the population: 4 in 10 become pregnant, compared with 2 in 10 white teens.

In the study, peer educators, volunteers, medical students and others interested in health education counseled the girls on the available methods, presenting them in order of effectiveness—IUDs and implants, followed by Depo-Provera injection, pills, patch and ring, and condoms. They stuck to a script that encouraged the girls to choose for themselves, emphasizing that they can always change their method later. The contraceptives were in the room for the girls to see and touch. The clinic had flexible scheduling so that even if a teen was late to her appointment, she was guaranteed to be seen, and every girl received her birth control right after the counseling session.

That’s a world away from the experience of girls in the outside world, who are often asked by providers to come back several times before they start a method, given false information about IUD risks, and eventually mass-prescribed pills, says project director Gina Secura. “It’s often a one-sentence conversation: what do you want, and here’s a prescription,” she says.

MORE: How Having an (Insurance-Covered) IUD Is Saving My Life

Focusing the conversation purely on effectiveness was, well, extremely effective. “When we first started the project, we had hoped to double the national rate [of IUD or implant use]—about 5%,” says Secura. Instead of the hoped-for 10%, a whopping 72% of teems chose IUDs or implants. “We were shocked,” she says. And they stuck with them. Two-thirds of the girls were still on long-acting reversible contraception (LARC, which includes implants and IUDs) after 2 years, compared to one third of girls on short-acting methods like the pill.

IUDs are a solid choice according to the American Academy of Pediatrics, who just endorsed IUDs as the best method of birth control for teenage girls. And the evidence bears it out. The researchers tracked the girls for 2-3 years and followed up every few months by phone. They found that 3.4% of CHOICE teens got pregnant, compared to 15.85% of sexually experienced teens in the general population. Fewer than 1% of CHOICE teens got abortions (0.97%, to be exact), while 4.15% of the other population did.

That means that girls in the program were 78% less likely to get pregnant and had 76% fewer abortions than their peers in the general population. Of course, it’s not quite fair to compare these two groups, since the girls in the research project were given free access and would have been more encouraged to stick to their methods with follow-ups, but the implications are incredibly important for clinics and counselors.

Most notable of all, the low pregnancy rates between white and black teenagers in the project were almost identical. “If we really want to tackle this health disparity, that shows we can actually do it,” Secura says.

Secura attributes these dramatic drops largely to the high uptake of long-term contraceptive methods, options that are cost-prohibitive to many low-income teens and free clinics. “It can be difficult to justify spending the same amount of money on 10 devices, where they could buy five times as many packs of pills,” Secura says.

The researchers put their CHOICE methods on a site called LARC FIRST designed to guide clinics, and since data from the study began coming out over the past two years, Secura says they’ve gotten about 300 requests from clinics asking for help in implementing their best practices—including training people who aren’t time-pressed providers and nurse practitioners to deliver effectiveness counseling. Having a kind of AmeriCorps for contraceptive effectiveness counselors, Secura says, would be a dream.

Though the study is over, several clinics are trying to adapt some of CHOICE’s methods to their real world practices and evaluate them scientifically. “I’m hoping we build the demand in terms of teens wanting these,” Secura says.

TIME has called IUDs the best form of birth control that no one is using—but when teens are informed and cost barriers disappear, this study shows that teenage girls are clearly hungry for better birth control. 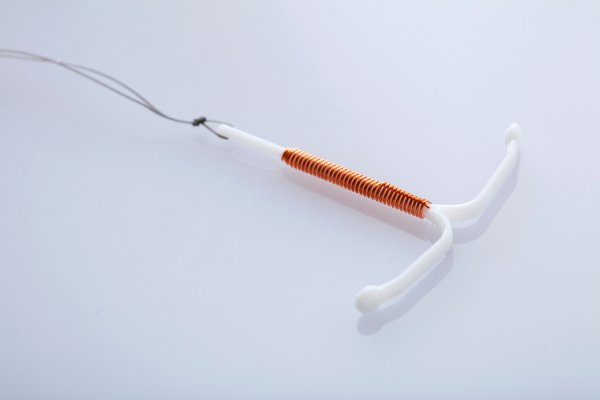 Doctors Recommend IUD Use for Adolescents
Next Up: Editor's Pick