Hong Kong Democracy Protesters Are Being Targeted by Malicious Spyware

A father and son take a selfie with a mobile phone in front of a barricade in the Mong Kok district of Hong Kong on Sept. 30, 2014
Xaume Olleros—AFP/Getty Images
By Charlie Campbell

A computer virus that spies on Apple’s iPhone and iPad operating system is targeting pro-democracy protesters in Hong Kong, according to tech experts.

The spyware is hosted on the same Command and Control domain as an existing fake program for the Android operating system that was disguised as a protest-organizing app and distributed around Hong Kong last week.

“Cross-platform attacks that target both iOS and Android devices are rare, and indicate that this may be conducted by a very large organization or nation state,” said Lacoon in a statement.

Tens of thousands of people have paralyzed key areas of the city over the past few days in support of greater electoral freedom, much to the chagrin of the central government in Beijing. 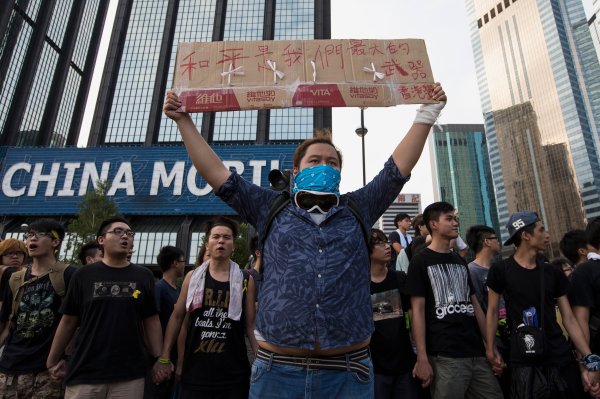