A man looks at a gambling machine at the Aristocrat booth during the Global Gaming Expo Tuesday, Sept. 30, 2014, in Las Vegas.
John Locher—AP
By Elizabeth Barber

The U.S. commercial and tribal gaming industries generated more than $240 billion in economic impact and employed some 1.7 million people in 2013, according to a new report from the American Gaming Association.

The sum includes the $38 billion that the gaming sector said it paid last year in local, state and federal taxes, the Associated Press reports.

The report, presented at the Global Gaming Expo in Las Vegas on Tuesday, is the first to include commercial casinos and their Native American–run counterparts in the total figures, the Las Vegas Review-Journal says.

Oxford Economics, which complied the number, found that the two gaming industries, plus the manufacturers of the games inside, took in about $87.1 billion in total revenue in 2013.

In Massachusetts, voters will go to the polls in November to decide whether to allow three casinos and a slot parlor to set up shop in the state. A vocal anti-casino lobby there has expressed wariness over developers’ promises that their operations will earn billions of dollars in benefits for the state and local, hard-up towns.

Massachusetts casino opponents often point to the closure of multiple casinos in Atlantic City, New Jersey’s gaming hub that had once seemed adherent to Newton’s law of motion — where the good times would never stop rolling.

Many experts have pinned the city’s troubles on an oversaturation of the gaming market, and some in Massachusetts say the casinos already studding New England and the mid-Atlantic coast bode ill for the Bay State’s flirtation with gaming.

The American Gaming Association said in a recent release that “while the Atlantic City gaming market faces challenges today as it adapts to increased competition,” casinos there nonetheless generated more than $241 million in tax revenue in 2013. 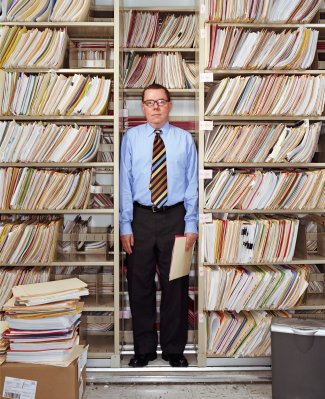 7 Research-Based Ways to Save Time
Next Up: Editor's Pick