The Needs of Hong Kong's Silent Majority Are Being Ignored

As Hong Kong’s quest for democracy rapidly descended into chaos upon the official kickoff of the Occupy Central movement on Sept. 27, world media united to condemn China’s handling of Hong Kong people’s demands for democracy. Rarely has China’s most international city been the cause of more schadenfreude in the West.

How did Hong Kong’s democratic odyssey come to this pass? China said, in a decision by its highest authority in December 2007, that Hong Kong’s chief executive may be elected by universal suffrage in 2017. But its Basic Law for Hong Kong, enacted in 1990, also says that the method for selecting the chief executive must be specified in the light of “the actual situation and in accordance with the principle of gradual and orderly progress.”

Hong Kong’s democracy advocates accuse Beijing of breach of faith, but Beijing officials stress that gradual and orderly progress and compliance with the Basic Law are paramount.

It is not as though Beijing were unaware of the potential for controversy. As 2017 approaches, the Occupy Central movement has been pressurizing Beijing into allowing politicians from the pan-democratic camp — the local term for pro-democracy politicians of different parties — to be nominated for the city’s top post. And since March 2013, Beijing has been sending a steady stream of senior officials to Hong Kong to draw a line in the sand: only those considered patriotic are allowed to be nominated. In a decision on Aug. 31, the National People’s Congress Standing Committee made a decision that the pan-democrats thought had all but ruled out their chance of securing a nomination.

In Beijing’s eyes, the pan-dems are after a form of independence. That is probably why authorities in Beijing took pains to issue a white paper in June, reminding Hong Kong people that the “high degree of autonomy” promised is a lower level of autonomy than full autonomy, let alone self-rule or independence.

Beijing understands too well that a democratically elected Hong Kong chief, who will be appointed by Beijing in name only, will not be answerable to it and might not be trusted to safeguard “China’s sovereignty, security and developmental interests.” Hong Kong’s chief executive is more powerful than a provincial party secretary and cannot be replaced at will by administrative appointment. The risks of installing a chief executive whom Beijing cannot trust in a porous, international city like Hong Kong are too great.

Thus, in Beijing’s eyes, the struggle for a more open system of nomination is a struggle for the control of Hong Kong. Beijing’s opponents will not take this lying down and are mobilizing large numbers of citizens, including many young people, to take to the street, causing massive disruption to the daily lives of Hong Kong people, economic losses and, above all, severe damage to Hong Kong’s image around the world.

Chanting democratic slogans and laying siege to major thoroughfares and government installations, the protesters appear to dwarf even the might of China. Yet, a core question has been left unanswered. What do the silent majority of Hong Kong really want? Do they really want an Umbrella Revolution that radically changes the nature of Hong Kong’s polity, or an open, free and stable environment to get on with building their lives? Will a democratically elected chief, irrespective of competence and relationship with China, be able to cure all ills?

As the two camps and two conflicting ideologies clash, the core interests of the Hong Kong people appear to be ignored. 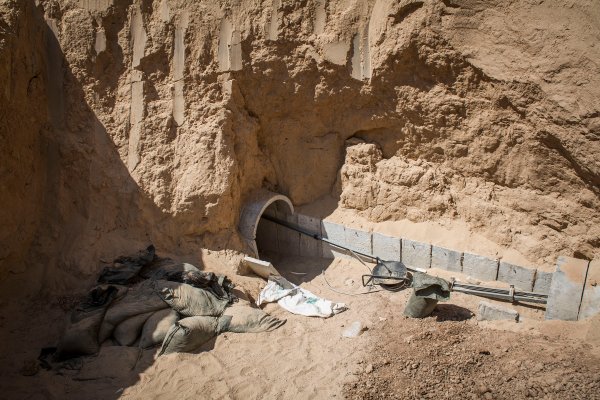