How to Get to Monrovia and Back

A Brussels Airlines plane bound for Monrovia at Brussels Airport in Brussels on Aug. 28, 2014.
Dominique Faget—AFP/Getty Images
By Bill Saporito

None of the passengers who flew with Ebola Patient Zero from Monrovia, Liberia to Dallas, Texas will have to worry about catching the deadly virus. The patient wasn’t contagious in-flight. Airlines may be called carriers, but airplanes themselves are not particularly good at spreading viral diseases such as Ebola.

What they are good at is transporting people infected with viral diseases from a seemingly far off and remote city such as Monrovia to a big American town such as Dallas. But the global economy has brought cities a lot closer together, and changed disease vectors accordingly.

Need to get to Monrovia? Easy. We can book a trip for you immediately if your passport is handy and you have the visa. There’s a flight leaving JFK in New York City at 5:55 p.m. on Thursday that gets you into Monrovia 21 hours and 25 minutes later. (Relax, Delta passengers; the airline serves Monrovia through Accra from New York, but suspended that connecting service on August 30.) The current itinerary is JFK to BRU to DKR to ROB, airline code for New York to Brussels, where you’ll change planes, then a stop at Dakar, Senegal, before heading to Monrovia’s Roberts International Airport. All that travel takes place aboard Brussels Airlines on wide body Airbus 330s. Indeed, the worst part of the trip may be flying to New York on a commuter jet from Dallas.

You have other options, too: the airline-listing site Kayak offers 1,673 combinations that will get you to Monrovia from New York. Or you can make 574 connections through Chicago. And Open Skies agreements that freed global airlines to fly point-to-point across continents have, as the State Department puts it, “vastly expanded international passenger and cargo flights to and from the United States.”

You can hop an A380 on Emirates Airlines from Dallas to Dubai, change there for a Qatar Air flight to Casablanca and then find a Royal Maroc 737-800 to Monrovia via Freetown. Or fly non-stop to London and then connect via Casablanca or Brussels to Monrovia.

The point is, you can get anywhere from here. And so can the germs. 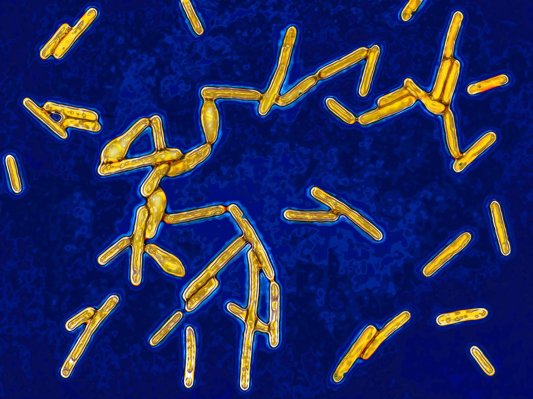 Here's Why Europe Is OKing Fecal Transplants
Next Up: Editor's Pick