Reports: Armed Ex-Convict Was Allowed on Elevator With Obama

An armed security contractor with three prior criminal convictions was allowed to ride an elevator with President Barack Obama earlier this month, a violation of Secret Service protocol, according to the reports by the Washington Post and the Washington Examiner.

The two publications reported that the incident took place on Sept. 16 during Obama’s visit to the Centers for Disease Control in Atlanta, where Secret Service agents began questioning the contractor after he refused to stop videotaping Obama on his phone. Agents fired him immediately upon discovering his criminal history, and realized he was armed only after he turned in his gun, the Post reported.

A Secret Service agent confirmed the incident to the Associated Press, but declined to elaborate due to an ongoing investigation, according to reports.

The incident appears to be a clear violation of the Secret Service protocol, which could have prevented the incident through its Arm’s Reach Program, former agents told the Post. Under the program, all staff, guests, volunteers and contractors are heavily screened through multiple criminal and intelligence databases to ensure safety. Anyone found to have a criminal history, mental illness or other risk factors are not allowed to come close to Obama–hence, the policy’s name.

The reports add another line to the Secret Service’s growing list of blunders, the focus of Congress’ questioning of director Julie Pierson on Tuesday. Pierson took full responsibility for an armed intruder who managed to jump the White House fence and enter the presidential residence on Sept. 19. Earlier this week, a new report surfaced showing how the Secret Service failed in 2011 to realize immediately that a gunman had fired shots at the White House. 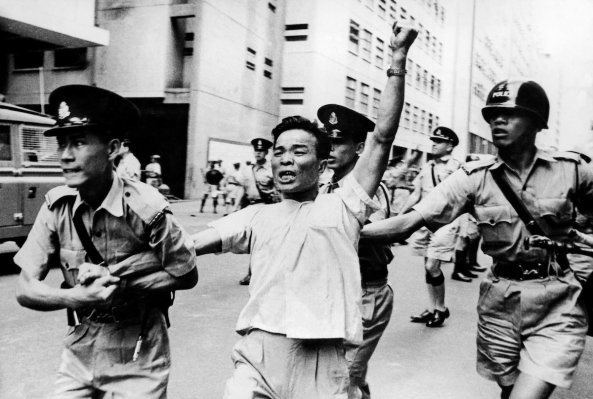 Protests in Hong Kong: A Brief History
Next Up: Editor's Pick