AMC Theaters said they will boycott Netflix’s first feature film, a sequel to 2000’s Oscar-winning Crouching Tiger, Hidden Dragon, which the streaming company plans to release both on its website and in select IMAX theaters, many of which are operated by AMC.

AMC joined two other major theater chains, Regal and Cinemark, that are refusing to show Crouching Tiger, Hidden Dragon: The Green Legend, which Netflix produced with Weinstein Co. In the U.S., AMC has 147 IMAX theaters, according to the Hollywood Reporter. Together, the three chains operate 247 of the 400 IMAX theaters in North America.

Netflix announced Monday that the movie was on its way, set for Aug. 28, 2015. Many believe the streamed movie is Netflix’s attempt at disrupting the traditional movie release cycle in which films migrate from big to small screens.

“AMC Theatres and [its parent company] Wanda Cinema are the largest operators of Imax-equipped auditoriums in the world. We license just the technology from IMAX. Only AMC and Wanda decide what programming plays in our respective theaters. No one has approached us to license this made-for-video sequel in the U.S. or China, so one must assume the screens IMAX committed are in science centers and aquariums,” AMC said.

While AMC’s statement brushed off Netflix’s plan, Regal took a more direct approach in voicing its opposition to Netflix’s apparent attempt to subvert the traditional movie viewing experience. A spokesman said in a statement that “at Regal we will not participate in an experiment where you can see the same product on screens varying from three stories tall to [three inches] wide on a smart phone. We believe the choice for truly enjoying a magnificent movie is clear.”

Still, IMAX CEO Richard Gelfond has defended the company’s decision to partner with Netflix on a simultaneous video-on-demand and movie release, saying he believes the IMAX release will still be successful because of audiences in China, where Netflix is banned, and where IMAX theaters are not operated by the American chains AMC, Regal and Cinemark. Gelfond also emphasized that Netflix, with its new movie model, may be on to something.

“Theaters are our partners, and by bringing additional content to the market, I think it helps the market and I think it’s helping them. I understand change isn’t always the easiest thing in the world, it’s easier to stick with the status quo, but on the other hand, if you don’t try to change you get stuck in a certain place,” Gelfond told The Wrap. “We made our reputation by innovating.” 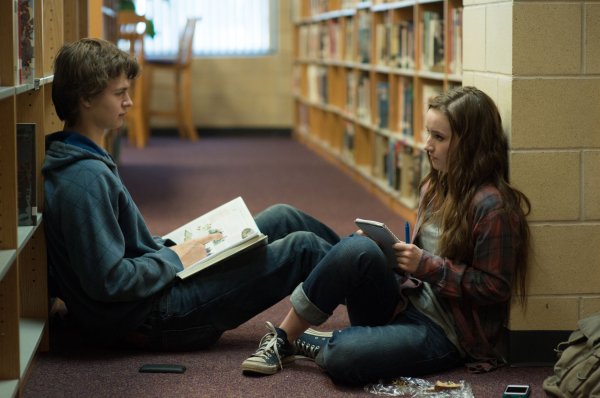