Thailand’s tourism minister said Tuesday that visitors to the country will receive identification wristbands listing emergency contact information, a heightened safety precaution in the wake of the murders of two British tourists this month.

“When tourists check in to a hotel, they will be given a wristband with a serial number that matches their I.D. and shows the contact details of the resort they are staying in so that if they’re out partying late and, for example, get drunk or lost, they can be easily assisted,” Tourism and Sports Minister Kobkarn Wattanavrangkul, who has already approached several hotels about the idea, told Reuters.

Kobkarn added that a “buddy system” that pairs tourists with local guards was being discussed, and that there may be plans for electronic tracking devices in the future.

Concerns over tourist safety in Thailand have increased after beach workers discovered the bodies of British backpackers Hannah Witheridge, 23, and David Miller, 24, on Sept. 15 at Koh Tao, a Thai resort island. The brutal slayings—for which no suspects have been identified yet—has prompted discussion over the lack of police presence at tourist destinations like Koh Tao, as well as Thailand’s reputation for both petty and violent crimes involving visitors. 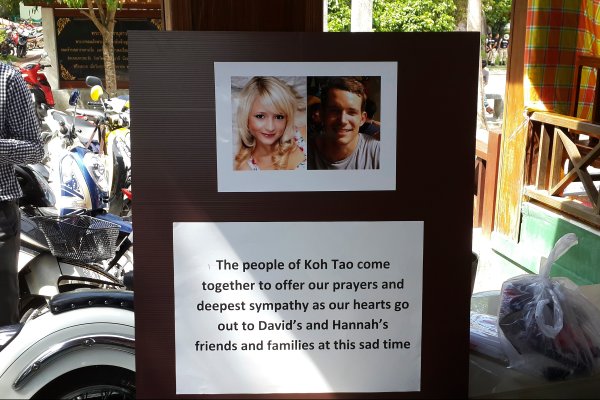 The Dark Side of Thailand
Next Up: Editor's Pick