Tracy Morgan Hits Back at Walmart

In this image from video the limousine bus carrying Tracy Morgan and six other people lies on it's side early Saturday morning, June 7, 2014, on the New Jersey Turnpike.
Will Vaultz—AP
By Denver Nicks

Comedian Tracy Morgan fired back at Walmart Tuesday after the retail giant suggested the 30 Rock star was responsible for injuries sustained in a serious accident with one of its trucks, because he hadn’t worn a seatbelt.

“After I heard what Walmart said in court I felt I had to speak out,” Morgan said in a statement Tuesday bthrough his spokesperson Lewis Ka. “I can’t believe Walmart is blaming me for an accident that they caused. My friends and I were doing nothing wrong. I want to thank my fans for sticking with me during this difficult time. I love you all. I’m fighting hard every day to get back.”

In a court filing Monday, Walmart claimed that the injuries sustained by Morgan and other survivors of the wreck were “caused, in whole or in part, by plaintiffs’ failure to properly wear an appropriate available seat belt restraint device.”

Morgan sued Walmart after a truck driver for the big box retailer struck the back of his limo in June. Morgan was badly injured in the collision, as were three other survivors. Comedian James “Jimmy Mack” McNair was killed.

Most Popular on TIME
1
Who Should Be TIME’s Person of the Year for 2020? Vote Now
2
What to Know About Hillbilly Elegy
3
How Is Hawaii Is Keeping COVID-19 Under Control? 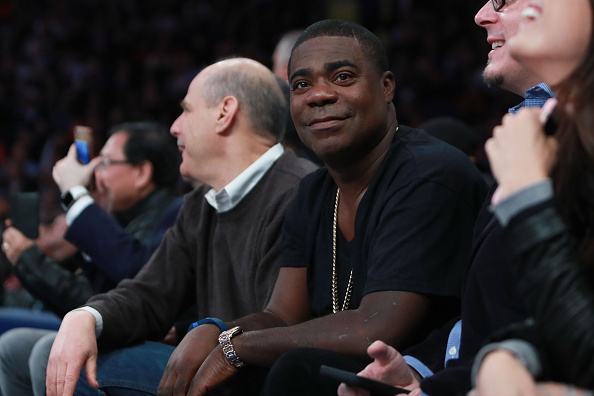 Tracy Morgan on Forgiving the Truck Driver Who Caused His Near-Fatal Accident
Next Up: Editor's Pick