The popular online message board Reddit has secured $50 million in new venture capital funding, the company announced Tuesday. The website known as the “front page of the Internet” is getting a cash infusion from a long list of investors that includes Y Combinator president Sam Altman, Marc Andreessen of Andreessen Horowitz and the rapper Snoop Dogg.

Reddit is well-known for its primitive website design and laissez-faire attitude toward moderating its users. The company is a former subsidiary of Conde Nast that was later spun off into an independent company. CEO Yishan Wong said the new funding will help Reddit grow its relatively small staff of 60 and improve its app and ad products. “An investment like this doesn’t mean we’re rich or successful,” Wong said in a blog post. “Money can become worthless very quickly, value is something that is built over time through hard work.”

Reddit faced criticism earlier this month for allowing users to link to a vast number of stolen nude photos of celebrities. The startup defended the right of its users to post controversial content but ended up banning the page with the nude photos because some of the images were of minors.

With more money may come more pressure for Reddit to both generate profits and conform to the standards of traditional media companies. For now, though, Reddit is still playing by its own rules. The startup, which acknowledged it was still unprofitable earlier this year, has agreed to give 10% of its 2014 ad revenue to charity. The company promised Tuesday that investors involved in the latest funding round will give 10% of their shares back to the Reddit community (details on the practicality and legality of this are still to come, Wong said).

Reddit is no longer a scrappy startup underdog. It’s a company with a valuation pegged as high as a half-a-billion dollars that has hosted a conversation with the President, among other leaders. But Wong remains confident that backers will let the newly-rich Reddit keep being weird.

“We have been entrusted with capital by patient, long-term investors who support our views on difficult issues,” he said. “We believe in free speech, self-governing communities, and the power of voting. We find that this freedom yields more good than bad, and we have chosen investors based on this belief.” 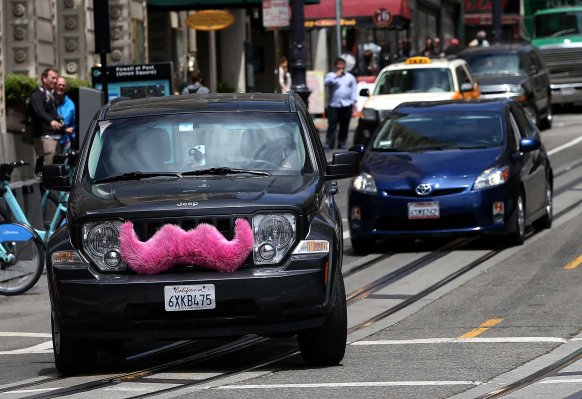