Love, Not Fear, Will Help Us Fix Climate Change

Retreating glacier in the Arctic
Anna Henly—Getty Images
Ideas
By Dean Ornish, MD
Dean Ornish is Founder and President of the non-profit Preventive Medicine Research Institute and Clinical Professor of Medicine at UCSF. He is the author of The Spectrum and five other bestsellers. He is a leading researcher in how comprehensive lifestyle changes may reverse heart disease and other chronic illnesses without drugs or surgery and may even begin to reverse aging at a cellular level.

Superman’s father, Jor-El, was a leading scientist who tried for years to warn his fellow inhabitants that their home planet, Krypton, was about to explode. But they didn’t take the necessary actions until it was too late.

Something similar is happening with global warming on our planet. In some ways, Al Gore is our Jor-El. (Gore-Al?)

At first, people were captivated by his warning about warming. An Inconvenient Truth won an Oscar, Gore won a Nobel Peace Prize, and global warming was on everyone’s mind.

But not for long. It’s been eight years since the documentary came out, but despite accumulating scientific evidence, not much has happened to address global warming, until recently.

The United Nations Climate Summit last week, with more than 120 world leaders, galvanized everyone’s attention again. More than 400,000 people from around the world marched through the streets of Manhattan to raise awareness of global warming.

Why did it take eight years to bring global warming to our awareness again?

Because fear is not a sustainable motivator—in health or in politics. In the short run, fear is powerful, it gets our attention. It activates a primal part of our brain, the amygdyla, that helps us survive a short-term crisis (e.g., the proverbial saber-toothed tiger jumping out in front of us).

In the long run, though, it’s too scary to think that something really bad may happen to us, so we usually don’t, at least not for long. The human mortality rate is still 100%—one per person—but it’s not something most people think about very often. Until something bad happens, but, even then, only for a short while.

Something similar happens on an individual level when a person has a heart attack. The physician has their full attention, and they’ll do just about anything the doctor tells them they need to do—but usually only for about four to six weeks or so. Then, they often go back to their old ways. They tune out.

Preventive medicine is often fear-based. “Don’t smoke that cigarette, you’ll get lung cancer!” “Put down that cheeseburger, you’ll get a heart attack!” And so on. That doesn’t work for very long.

What enables people to make sustainable changes in their lives, both personal and planetary, is not fear of dying; it’s joy of living.

Love is more powerful than fear as a sustainable motivator. We will address tough challenges to help our loved ones that we might not do just for ourselves.

One of the most powerful moments at the recent UN climate summit this week was when Kathy Jetnil-Kijiner from the Marshall Islands received a standing ovation after she recited a poem written for her seven month old daughter, which included:

Recently, I gave the matriculation lecture at the Army War College in Carlisle, PA, to almost 400 future generals from 67 countries representing all four branches of the U.S. military. Since the title of my talk was “The Power of Love,” I asked former four-star General Stan McChrystal to make a short video to provide much more street cred than I would have at a military gathering on why love is more powerful than fear.

If it’s meaningful, then it’s sustainable. In 2010, I consulted with President Clinton after his bypass grafts occluded and encouraged him to make healthy lifestyle changes including a whole foods plant-based diet low in refined carbohydrates. He has been doing so since then, lost more than 20 pounds, and looks and feels great. He’s inspired many others. Although I’ve been consulting with him since 1993, he has talked publicly about why he made these more intensive changes in diet: because he wanted to live long enough to walk his daughter down the aisle and to live to be a grandfather. Those meaningful goals make these dietary changes sustainable.

Almost 70 years ago, Viktor Frankl’s classic book, Man’s Search for Meaning, described what he learned as a concentration camp survivor in World War II. He found that prisoners who were able to find meaning in the midst of extreme suffering—e.g., “I have to survive to be reunited with my loved ones; to bear witness; to complete my life’s work”—were much more likely to survive, even if they were not physically as strong as those without meaningful goals.

If it feels good, then it’s sustainable. There’s no point in giving up something you enjoy unless you get something back that’s even better—and quickly.

The biological mechanisms that control our health and well-being are much more dynamic—for better and for worse—than most people realize. So, when people eat well, move more, love more, stress less, and quit smoking, they generally feel so much better, so quickly, it reframes the reason for making these changes from fear of dying (which is not sustainable) to joy of living (which is).

For example, nicotine in tobacco makes your arteries constrict. So does chronic stress. In your brain, that can cause a stroke; in your heart, a heart attack. But in your face, it makes you wrinkle and age faster. Supermodel Christy Turlington has a wonderful web site, www.smokingisugly.com.

And in your sexual organs, nicotine is the anti-Viagra. Instead of dilating blood flow to your sexual organs, it constricts and reduces it. Men who smoke are 200% more likely to have erectile dysfunction than those who don’t. Fortunately, quitting quickly reverses impotence.

Telling someone that quitting smoking makes you sexy and beautiful is much more motivating and sustainable than telling them that it causes heart attacks and strokes. That puts it into present tense—what is happening, making it much more motivating—rather than fear of what might happen later.

One of the reasons I’m excited by what visionary Elon Musk has done with the Tesla is to show that you can reduce global warming and drive a powerful, fun car. A cool car helps make a cooler planet.

If we are going to find sustainable ways of dealing with global warming, we have to base it on love and feeling good, not fear and loathing. If it’s fun, then it’s sustainable.

Dean Ornish is Founder and President of the non-profit Preventive Medicine Research Institute and Clinical Professor of Medicine at UCSF. He is the author of The Spectrum and five other bestsellers. He was the first to prove that comprehensive lifestyle changes may reverse heart disease and other chronic illnesses without drugs or surgery and may even begin to reverse aging at a cellular level. 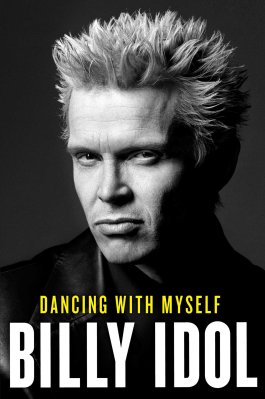 Sex, Drugs, 'Charmed Life,' and the Crash That Nearly Killed Me
Next Up: Editor's Pick