Twenty-five years ago, on Oct. 1, 1989, Denmark became the first country to grant legal status to same-sex couples, allowing gay Danes to enter into domestic partnerships. Since then, dozens of countries have followed suit, as well as many U.S. states.

But Denmark in 1989 was an aberration — particularly to that country’s more conservative cousins in the United States. A TIME/CNN poll that year found that fully 69% of Americans opposed gay marriage in 1989, and 75% felt that gay couples should not be allowed to adopt children.

A prescient TIME story from November of that year, of which the poll was part, argued the merits of domestic partnerships — and went as far as to endorse gay marriage, despite the overwhelming unpopularity of that position at the time. Same-sex partnerships faced deeply entrenched opposition, from forces as diverse as major insurance companies concern about extending coverage to unmarried partners and social conservatives concerned about morals, Walter Isaacson wrote. When San Franciscans proposed that year allowing gay couples to register their relationships, John R. Quinn, the city’s Archbishop, called the idea a “serious blow to our society’s historic commitment to supporting marriage and family life.” And David Blankenhorn at the Institute for American values said the domestic-partnership movement “misses the whole point of why we confer privileges on family relationships.”

A quarter century later, it’s easy to forget how much societal mores have changed. In the intervening years, views on same-sex marriage have flipped, with 59% of Americans supporting it and just 34% opposed, according to a March 2014 poll by the Washington Post-ABC News.

In his 1989 column in TIME’s pages, Isaacson countered the prevailing views. He made a firm argument in favor of gay marriage that may have sounded eccentric in 1989 but has became mainstream in 2014. He writes:

Today, 19 states have decided that it does indeed make sense to allow gay marriage, and it’s likely more states will follow their lead — if popular opinion has anything to do with it. 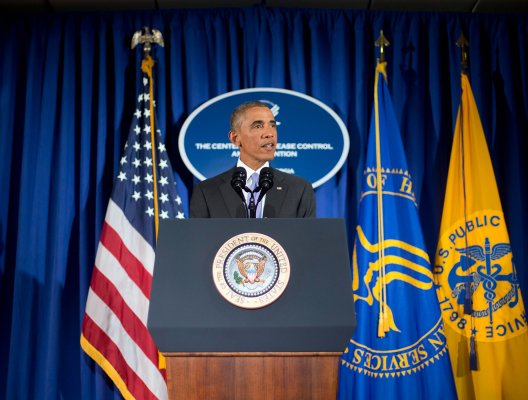 Ex-Con Rode Elevator With President Obama
Next Up: Editor's Pick