Occasionally, I stumble on my own productivity tools and strategies, but mostly I borrow them from others.

So does Ryan Holiday, the author of the best-selling The Obstacle Is the Way (a really great book) and the compulsively readable Trust Me, I’m Lying: Confessions of a Media Manipulator.

He’s also the founder of Brass Check Marketing and somehow finds time to give monthly book recommendations to 30,000 people.

“Like all people, I like to think I am a productive person,” Ryan says. “If I am, though, it’s because I’ve been ruthlessly efficient at one thing: stealing secrets and methods from people a lot smarter than me.

“In my career, I’ve had the fortune of coming in contact with best-selling authors, successfulentrepreneurs, investors, executives, and creative people. Others I didn’t meet but found their thoughts in books. Whether they knew it or not, I cased all of them and took from them what I thought were their best ideas on productivity.”

Here are productivity secrets Ryan has borrowed–and you will, too:

Birdman founded Cash Money records and is worth about $500 million. I was shocked the first time I was supposed to meet him at the studio at 1 a.m. on a Sunday. His day was just starting. He works at night and sleeps during the day.

Like I said, at first it was weird, but then I realized: He picked the hours that were most productive for him.

Screw what most people think is normal.

From this popular YouTube filmmaker and artist I picked up the trick of keeping a small Moleskine journal I write in every day: thoughts, reminders, notes, lessons. I prefer one that can fit in my back pocket; that way, I always have paper on me.

The past few months have been incredibly difficult, and my journal helped me cope. More important, I learned how to keep track of these journals (and everything else I own) in case I lose them: In big letters, write “If Found Please Return [insert name & number].”

From Tim, I learned the art of the to-do list. A simple, straightforward to-do list: one note card, five to six big items, that’s it. Every day, I cross items off and tear up the card. Simple and extremely effective.

Another from Tim: You don’t have to be the first person to sign up for things. Wait a bit on new apps and social networks. Let things sort themselves out, let other people do all the trial and error, and then when you come into the picture, just be the best.

Robert Greene, renowned author of The 48 Laws of Power, showed me how he creates books.

His note-card system has changed my life. Every book I read I fold key pages and later go back through and transfer the information to note cards I organize by theme in card boxes. I now have hundreds of thousands of these cards, which I always turn to if I need an anecdote, a fact, inspiration, a strategy, a story, or an example.

From Robert I also learned that swimming is a great productivity tool. Why? Because it requires total isolation: no music, no phone, no possible interruptions–just quiet, strenuous exercise.

I’ve had some of my most productive brainstorming sessions in the pool.

The first time I called Dov, I got his voice mail. It said: “I don’t use voice mail; email me.”

I’ve taken it a step further; I don’t even have a voice mail message. If it’s important, they’ll call back. If I have time, I’ll return the missed call. Either way, having “6 new voice messages” is something I haven’t worried about in years, because they don’t exist.

Ramit has built a 40-plus employee, multimillion-dollar education business right before our eyes (he and I grew up in the same small town).

One trick I learned from Ramit–after first ignoring his advice several times–is that if you’re going to hire an assistant, make sure the person you hire is older and more responsible than you are.

Too many people make the mistake of hiring someone young and cheap, which is ridiculous, because it’s impossible for the person to understand the value of time and organization and he or she will wind up making you less productive, not more. If you’re going to have an assistant, do it right.

Another from Ramit: You don’t have to answer every email you get. The Delete key is a superquick way to get to inbox zero.

In his book Old School, Tobias Wolf’s semi-autobiographical character takes the time to type out quotes and passages from great books. I do this almost every weekend.

It’s made me a) a faster typist, b) a much better writer, and c) a wiser person.

Let these two phrases sink in, and follow them.

There’s a great quote from Napoleon about how he would delay opening letters so that by the time he did unimportant issues would have resolved themselves.

I try to do the same thing with email and issues from staff.

Instapaper changed my life. I don’t play games on my phone; I read smart articles I queued up for myself earlier in the day. I don’t get distracted with articles while I am working at my desk–because I can easily put them in the queue.

No is a powerful, productive word (James also wrote a book about it). We think we’re obligated to say yes to everything, and then we wonder why we never have enough time. Learning to say no–more specifically, “No, thank you”–will energize you and excite you.

Use it–as much as you can.

Another from James: Entrepreneurs (and writers) are nuts. To save yourself many wasted hours of time and insanity, find a spouse who is better adjusted and balanced than you. James and his wife, Claudia, are an inspiring example of this important pairing.

From Montaigne I also learned the importance of keeping a commonplace book. If something catches your eye, write it down and record it. Use it later. Simple as that.

Carnegie has a great line about “being introduced to the broom” at an early age. In other words, intimately know even the most “lowly” tasks.

That doesn’t mean you still have to do the grunt work, but you should know how.

Aaron Ray was my mentor in Hollywood. He’s a hugely successful movie producer and manager, but I noticed one thing: He was never in the office. And he always had a ridiculous excuse why he wasn’t.

Eventually, I realized why: He was avoiding the office BS that sucks up most peoples’ time. By staying away, he got way more done. He could see the big picture.

And as an extra bonus, everyone was always talking about him: “Where’s Aaron?” “Has anyone seen Aaron?”

You may be surprised, but Tucker has the biggest library you’ve ever seen. Why? He buys every book he wants.

So now I don’t waste time thinking about which books I want or where to get them cheapest. I buy them, read them, recommend them, benefit from them–end of story. (See my library here.)

I’m never without something to read, and I’m always driven to read more–because the shelves are looking down on me as a reminder of what I have left to do.

Speaking of books, from Nassim Taleb I learned about the “anti-library.” Don’t just collect books you have read; collect the books you haven’t read. It’s a testament to what you don’t know–and an on-hand resource whenever you need it.

From my fiancée I learned a nice little trick: Delete Facebook from your phone. Just do it. Trust me. (Note: Pretty sure she’s relapsed, but I haven’t.)

The entrepreneur behind United Fruit (and one of my favorite books) said, “Don’t trust the report.”

We waste a lot of time trusting numbers and opinions we’ve never verified. Going backwards and doing something over ends up costing us far more than we saved by skipping over the work in the first place.

I forget who gave me the idea, but never buy in-flight Wi-Fi. Go off the grid for the whole flight. Catch up on stuff. Think. Read.

When he was doing Loveline, Adam would complain about how the producers wanted him to arrive 15 minutes before the show started. His refusal was simple: Every week that added up to an extra show–for free.

Important people can get a lot done in “just” 15 minutes, so they don’t give that time away. And they don’t mind looking bad in order to protect their time.

My editor always says, “OK, well, try writing it then.” In other words, she means, get started. She usually says this right after I explain a big sweeping idea for a book or a chapter or an article.

Planning is great, but productive people get moving.

“A man is worked on by what he works on.”

One more from Aaron: As a talent manager, Aaron showed me why you never waste your time, or your own money, doing your own negotiating.

His lesson has served me well. I pass incoming inquiries to a speaking agent, book projects to a book agent, interview requests to an assistant, movie or TV stuff to Aaron, etc. Yes, that means I pay them a fee, but guess what? All valuable services have a cost.

Only a fool represents himself or herself. 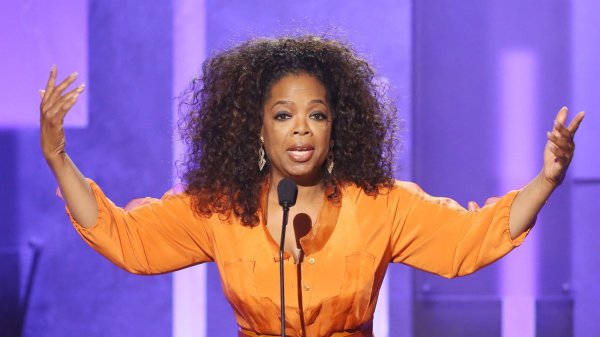 40 Inspiring Motivational Quotes About Gratitude
Next Up: Editor's Pick