Colorado Court to Decide Whether Smoking Pot is a Fireable Offense

Brandon Coats works on his computer at his home in Denver on Dec. 6, 2012
Ed Andrieski—AP
By Dan Kedmey

Colorado’s Supreme Court is set to rule whether an employer can fire a worker for using medical marijuana, which is now legal in the state.

The court was due to hear arguments Tuesday in a case that will test the boundaries of state laws to legalize the substance. Both medical and recreational marijuana have been made legal in Colorado.

Brandon Coats, a quadriplegic user of medical marijuana, sued his former employer, Dish Network, for firing him in 2010 after a drug test came back positive for marijuana, Colorado Public Radio reports.

Coats maintains that he needs the drug to alleviate debilitating muscle spasms, and that he has struggled to find a steady job ever since being fired. His attorney cites a state law prohibiting employers from firing employees for legal activities outside of work, while Dish Network argues that marijuana remains a federally prohibited substance.

“There’s a lot of people out there like me who would like to have a job but cannot,” Coats said, according to Colorado Public Radio, “because their impairment requires them to use marijuana, and because marijuana’s looked down on for employment, they’re not able to get jobs,” 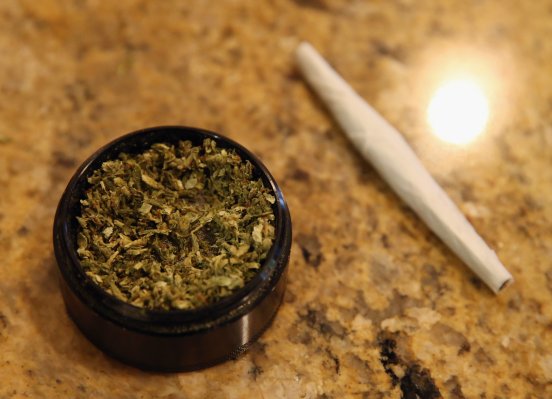 I Don’t Want to Smell Your Pot Smoke and I Don’t Think it Should Be Legalized
Next Up: Editor's Pick