NFL Coaches Are Too Chicken for Their Own Good

Running back Ronnie Hillman #21 of the Denver Broncos fumbles at the goal line against the Seattle Seahawks at CenturyLink Field on August 17, 2013 in Seattle, Washington.
Otto Greule Jr / Getty Images
By David McAdams

“Going for it on fourth down, statistically, helps you win games.”

That’s Kevin Kelley, head football coach at Little Rock, Arkansas’s Pulaski Academy, whose team hasn’t punted the ball since 2007 and whose willingness to abandon traditional football dogma became one of the most compelling sports stories of 2013. What makes Pulaski football so interesting isn’t just the creativity and pluck of its head coach, rather that his inspiration to abandon the punt came not from some coaching clinic but from academic research.

Berkeley economics professor David Romer is a leading scholar on fiscal and monetary policy, known by a generation of economists as the man who (literally) wrote the book on macroeconomics. In 2006, he published a paper titled “Do Firms Maximize? Evidence from Professional Football,” in which he analyzed 700 NFL games to assess whether coaches had made the right decision when punting the ball away or kicking for a field goal.

Romer’s findings turned conventional football wisdom on its head, showing how a more risk-taking approach on the fourth down could give teams a significant strategic advantage. For instance, suppose that a team faces a fourth down at their opponent’s two-yard line. Many teams kick a field goal in this situation, but Romer’s analysis revealed that doing so is a major blunder that decreases a team’s overall chance of winning the game by about 3%. (That may sound small, but it’s a huge effect for just one play.)

Why? As Romer explains, “trying for a touchdown has about a three-sevenths chance of producing 7 points,” so kicking a field goal or going for a touchdown each on average generates about three points. The difference is that, when a touchdown try fails, the other team gets the ball in a very disadvantageous position, backed up on the two-yard line, as opposed to getting it at the 20-yard line after a field goal. What this means is that, every time an NFL coach goes for a field goal on the fourth down from the two-yard line, he is essentially giving the other team 18 yards by allowing them to start their next drive on the 20 instead of the two.

Crunching the numbers to determine whether to kick or go for it on the fourth down is just one of the ways in which economics and, especially, the branch of economics known as game theory are transforming how football is played. Game theory, the art and science of strategy, has long been the province of corporate strategists and military planners seeking an advantage in business and in war. In recent years, however, more and more coaches have embraced game theory and the value of new tactics that can change the game to their advantage.

What makes the zone read so powerful, from a game theory point of view, is that it transforms the traditional cat-and-mouse game of football strategy by forcing the defense to move first. That’s bad news for defenses, akin to being forced to show your cards in a poker game. It’s no surprise then that the zone read has been catching on with offenses across the NFL, including the Super Bowl-bound Seattle Seahawks.

Even as many NFL coaches have opened their playbooks to new ways of moving the ball, few have embraced the more aggressive style of play that Romer showed would allow them to win more games. Why not? One possible answer has to do with another sort of game that coaches play, off the field. A coach who kicks lots of field goals is unlikely to be blamed for losses that could have been avoided by going for it more often on the fourth down. But one who fails to put any points on the board when a field goal was in reach will be remembered…and punished. No wonder most coaches take few chances, even though that means fewer points and fewer wins for their teams.

The only way to change this game, and get coaches out of their low-scoring rut, is for fans to insist that their teams take more chances. So, when the Broncos or Seahawks settle for a field goal early in the game this Super Bowl, fans shouldn’t cheer but rather grumble over the lost chance for a touchdown. Only then will we unleash the exciting, go-for-broke game that NFL football was always meant to be.

David McAdams is Professor of Economics at the Duke Fuqua School of Business and author of Game-Changer: Game Theory and the Art of Transforming Strategic Situations (W.W. Norton, January 2014). 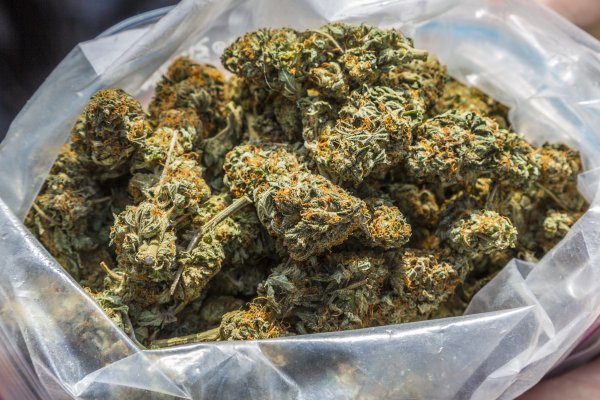 Seattle vs. Denver: Which State Wins the Doobie Bowl?
Next Up: Editor's Pick