Lady Bird Johnson
Bettmann/Corbis
Ideas
By Jonathan Darman
Jonathan Darman is the author of Landslide: LBJ and Ronald Reagan at the Dawn of a New America.

In this dismal hour of American politics, there is no better way to strike just the right note of sober-minded weariness than to speak, wistfully and longingly, about the wonders of Lyndon Baines Johnson. What we wouldn’t give for the impresario of arm-twisting—the president who, in the mid-1960s, forced greatness out of Washington that transformed people’s lives. The steward of the Civil Rights Act of 1964 and the Voting Rights Act of 1965. The man who delivered Medicare. If only we had LBJ around, who could force even our do-nothing politicians to do something.

The sad truth is that today’s politics are probably too hopelessly polarized to make good use of a legislative wunderkind. What we need are politicians who are unafraid to go to the most difficult places, to look painful realities in the face. And for that, we don’t need LBJ. We need his wife.

This might seem strange, sure. In pictures from the 1960s, Lady Bird often looks like the ultimate example of a smiling, silent good wife. Throughout her long career in Washington, she was always guided by a simple question: how to serve her husband best. To serve Lyndon, a wild-tempered man of expansive appetites and unending need, that often meant suffering indignities that were shocking even in a pre-feminist era. Jackie Kennedy, who watched Lady Bird write down every one of Lyndon’s thoughts and wishes, thought Lady Bird looked “like a trained hunting dog.”

But Lady Bird’s dutiful subservience obscured her strength: a rare willingness to see the world as it really was. Despite his modern reputation as a pragmatist, LBJ often struggled to look at the future realistically, preferring to alternate between fantasies of great glory or doom and gloom. At key moments in the Johnson presidency, when Lyndon would give in to paranoia about the future, Lady Bird was a lone voice of reason.

During the historic campaign of 1964, as delegates to the Democratic National Convention gathered in the late-summer heat of Atlantic City, a woe-begotten Lyndon, worried about the demands of the office, took to his White House bedroom, saying he might refuse the nomination and let the presidency go. Lady Bird wouldn’t have it. In a letter to her husband she was kind but clear: “To step out now would be wrong for your country, and I can see nothing but a lonely wasteland in your future. Your friends would be frozen in embarrassed silence and your enemies jeering.” Lyndon got on a plane to the convention and accepted his party’s nomination as planned.

In the fall, even as landslide victory began to look like a sure thing, Lady Bird worried about the South, where white Democrats were enraged over the Administration’s handling of Civil Rights. Though southern politicians said they could not guarantee her safety, she set off for the confederacy in a train dubbed the “Lady Bird Special” to make the case for her husband.

And trouble came. In Charleston, she was greeted by angry protesters and a crude sign calling her “BLACK BIRD.” In Columbia, South Carolina, her words were temporarily drowned out by a booing mob. It was enough to shake a seasoned politician but Lady Bird simply held her white-gloved hand in the air. “This is a country of many viewpoints,” she said. “I respect your right to express your own. Now it is my turn to express mine. Thank you.” And with that, her harassers hushed.

Just weeks before the election, the political world convulsed with the news that Walter Jenkins, the Johnsons’ closest aide, had been caught having sex with another man in the basement of a Washington YMCA. Lady Bird urged her husband to show public support and compassion for a man who had served their family for decades. When he refused, Lady Bird defied the advice of his counselors and released her own public statement: “My heart is aching today for someone who has reached the end point of exhaustion in service to his country.”

In the course of the ‘64 campaign, Lady Bird displayed a deep realism about human nature that is far more rare in a First Lady than we might think. President Obama, like his predecessors, promotes his wife as a source of real-talk, the one person who is unimpressed by his office and still gives it to him straight. But a First Lady, like any spouse, often feels the criticisms of her husband more acutely than does the president himself. A bunker of denial and recrimination can be an enticing escape for both partners in a political marriage. Hillary Clinton provided many assets to her husband during their time in the White House, but relief from paranoia and self-pity was not among them.

Even Lady Bird’s powers had their limits. As the Johnson presidency wore on, Vietnam overwhelmed everything, including Lady Bird’s ability to cut through the illusions in her husband’s head. It is tantalizing to imagine an alternate history of the Johnson presidency in which the First Lady was empowered to help her husband in Vietnam the way she helped him in other areas.

And it is tempting to imagine what would happen if more leaders today had Lady Bird’s spirit, her willingness to go to the unkind places, to face the fury of hostile crowds. Imagine how things might be different if our leaders had faith that when you look at the hard things plainly, they often to turn out to be far less frightening than they seem. And then imagine what would happen when a truly gifted leader broke that silence and spoke.

Jonathan Darman, a former political correspondent for Newsweek, is the author of Landslide: LBJ and Ronald Reagan at the Dawn of A New America, out this month. 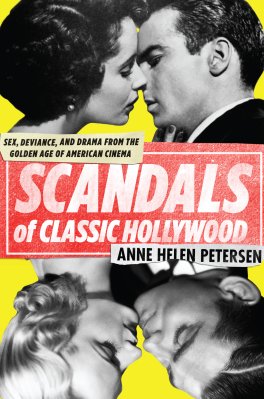 Anne Helen Petersen on How to Build (and Bury) a Hollywood Scandal
Next Up: Editor's Pick