A report revealed Monday that the knife-wielding White House fence jumper 11 days ago got further into the President’s home than previously thought, on the eve of a congressional hearing about White House security and Secret Service procedure.

On Sept. 19, after 42-year-old Iraq veteran Omar Gonzalez jumped over the White House fence, he managed to run through “much of the main floor” of the presidential mansion and past an alarm box that did not properly warn officers of the intruder, the Washington Post said, citing anonymous sources.

The report put Secret Service Director Julia Pierson even deeper into hot water on Tuesday. Before the Post broke the story about Gonzalez, Rep. Jason Chaffetz (R-Utah), a top member on the House Oversight Committee, was already questioning whether or not Pierson should keep her job.

“I’m not out for her scalp, but we’ll see where we’re at at the end of the hearing,” Chaffetz, a top member on the House Oversight Committee, told TIME. Chaffetz sees the latest incident, in addition to an event in 2011 in which a man fired at least eight rounds at the White House, as major national security violations. “When you look at those in their totality, you wonder if she is up to the job,” says Chaffetz.

Pierson served as Chief of Staff of the Secret Service from 2008 to 2013, and was appointed last year to be the agency’s first female director.

Hours before the Post story came out, Rep. Elijah Cummings of Maryland, the top Democrat on the House Oversight committee, told TIME that he is unsure whether the most recent incident should force a change at the top. “This is a transformational moment for the Secret Service,” he said. “They’ve got to get this right, and they’ve got to get this right, right now because it can only get worse if we don’t take advantage of this moment. This is a major wake up call—major.”

“I wonder whether our guard has been lowered a bit,” Cummings added. “And if it has been, then we’ve got to make sure that we have a top to bottom evaluation of what we’re doing—looking at culture, personnel, procedures, equipment being used and every aspect of security—so that not only are we the most elite protection agency in the world, but also that people perceive us to be just that.”

Neither Cummings nor Chaffetz suggested that the incident would necessarily require a legislative fix, instead arguing that there must be a change in “attitude” or “culture” at the agency. “I would think that this is more of a culture situation, possibly leadership,” Cummings said. 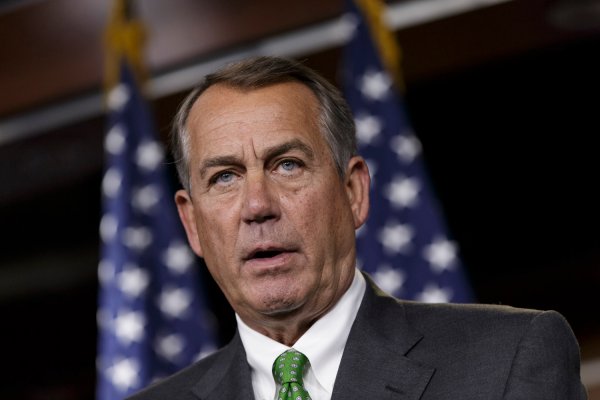 Congress Won't Debate War on ISIS Until Next Year
Next Up: Editor's Pick