The West Wing at 15: Walking, Talking — And Preaching

Sorkin’s tendency toward the dramatic is exacerbated by casting serial over-emoter Martin Sheen as Democratic President Josiah Bartlet, who makes his first appearance speaking in the voice of God. Bursting into a showdown with religious conservatives, Sheen quotes the First Commandment, then unburdens himself of a pair of minute-and-a-half speeches while Coplandesque music swells and the camera cuts to admiring staff members, in case we’ve failed to notice how darned inspiring he is. There will be no curtains left in this Oval Office once Sheen has finished chewing the scenery.

—From James Poniewozik’s review of the first season of West Wing, from the Oct. 4, 1999, issue of TIME

A couple of years ago, when I and some of my fellow critics lambasted Aaron Sorkin’s The Newsroom as being speechy and sanctimonious, one defense I heard was: “Why didn’t they say the same things about The West Wing?” Answer: I pretty much did, as you can read in my initial review, based on the series pilot, from fall 1999.

The West Wing was and remains a far, far better show than the two Sorkin dramas that followed it, The Newsroom and 2006’s Studio 60 on the Sunset Strip: its characters were better drawn, it had a sophisticated sense for making wonky policy topics lively and–though Sorkin can always make a sentence skip rope–he was never more rapid-fire brilliant than the four seasons that he essentially wrote the show single-handed. In 2007, I put the show on my list of the All-Time 100 TV Shows, and I’d probably do that again. When the show was at top form (“Two Cathedrals,” e.g.) it could be red-white-and-blue magic. (And all right—I was a little rough on Martin Sheen, who turned out to have a wry touch as Jed Bartlet.)

But I was never as devoted to the show as some of my fellow critics; I groused repeatedly during the run of years that it beat out The Sopranos for the Best Drama Emmy, and I’m pretty comfortable with that judgment. The show embodied the best of Aaron Sorkin’s work and showed signs of its worst excesses. But as with most original voices, you can’t have the one without the other. Nothing walk-and-talked quite like it. 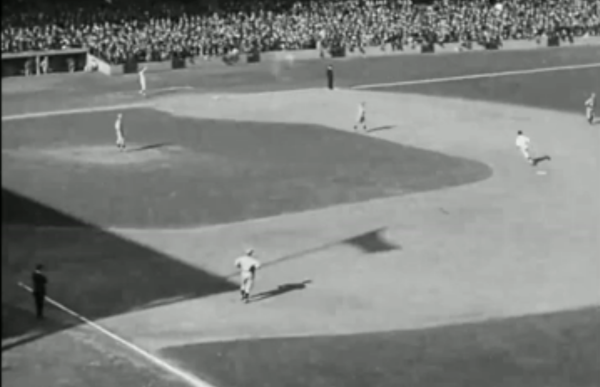 Never-Before-Seen Footage of the 1924 World Series
Next Up: Editor's Pick