Review: Prince Is Revitalized on Art Official Age and PlectrumElectrum

In the two decades since Prince’s long-tailed imperial phase finally wrapped — and yes, it’s been that long since his last top 10 hit, 1994’s “The Most Beautiful Girl in the World” — his vigor has waxed and waned in a cyclical fashion. After the mid-90s minor triumphs of The Gold Experience and the sprawling Emancipation, he wandered aimlessly for a decade, only to recapture the world’s attentions with a pair of strong releases in 2004’s Musicology and 2006’s 3121; after that, it was back into a creative depression of his own making, with more energy devoted to scrubbing YouTube of his music than to writing quality songs.

Now, again, a renaissance: ever since the Purple One started using Twitter via the account of his current all-female backing trio, 3rdEyeGirl, last August, he’s been writing, performing, and operating as a public figure with renewed vitality. A riff on Dave Chappelle’s infamous impression in the cover art for single “Breakfast Can Wait,” a stellar guest spot on Janelle Monaé’s The Electric Lady, a hilarious appearance on New Girl, even a song inspired by the #ThisCouldBeUsButYouPlayin Twitter meme; all are evidence of a kind of re-entrance into the larger cultural conversation Prince hasn’t managed in a decade. The final piece is new music, and he’s finally delivered with two new full-lengths dropping in tandem: there’s Art Official Age, a solo record, and PlectrumElectrum, released as Prince & 3rdEyeGirl. In keeping with his larger resurgence, some of the best music Prince has recorded in years is spread across the two records. Even the failures contained within are interesting, which is more than one can say about Planet Earth or 20Ten.

Art Official Age is the superior of Prince’s two new discs, a collection built around a very loosely applied narrative — Prince has been placed into suspended animation and woken up 45 years in the future, in a world rid of misogyny or vanity — and a couple basic aesthetic attributes. It’s light, crisp, expertly sung, and consistently fun; it finds Prince engaging in a dialogue with contemporary pop music he hasn’t managed in a long time, never mind the decade-plus he spent representing the vanguard of said music. “Art Official Cage” nods to EDM with accelerating synth pulses and, hilariously, a little drop; “U Know” is lush, sneering hip-hop, stark and shot through with breathy moans. Elsewhere he churns out epic electro-pop ballads and breezy, brisk funk like “This Could Be Us” and “The Gold Standard,” the kind of songs he’s been making for over three decades, his voice still dexterous and feathery. And nestled within the album’s core, a song that manages to hang with the best of his recorded output in “Breakfast Can Wait,” a low-key expression of domestic bliss that’s warm, friendly, and effortlessly sensual. It’s as approachable as Prince has ever seemed.

Art Official Age also finds Prince incorporating his spirituality into his composition with a deftness and openness often missing from his other records. Many songs on the album, from “U Know” to “What It Feels Like” and “Way Back Home,” are explicitly religious — and indeed, the story anchoring the album is really just another version of apotheosis — but they aren’t oppressive or heavy-handed. Instead, they posit spirituality as just another source of pleasure and fulfillment, the way sexuality once dominated that aspect of Prince’s music, and illuminate the similarities between the two. It’s a restrained, mature expression of a major part of his life.

PlectrumElectrum, on the other hand, is sonically and thematically consistent, brash, and swaggering where Art Official Age is eclectic and laid back. The genre of the day is hard, bluesy rock, a good choice when it comes to showcasing 3rdEyeGirl’s technical skills; the instrumental title track is a solid example of the form, stuffed with chunky, bold riffs and expertly played rhythms. But while there’s evidence of proficiency to spare throughout PlectrumElectrum, the album is less compelling than Art Official Age, save slower-paced outliers like “Stopthistrain” and “Tictactoe.” Prince is a tough act to match when it comes to vocal agility and charisma, even in his mid-50s, and indeed the album’s best songs feature him playing an able duet partner and lending a touch of sensuality to the proceedings. Otherwise, songs like opener “Wow” and single “Pretzelbodylogic” are surprisingly anemic given the heavy crunch of their guitar lines and arrangements.

Even though PlectrumElectrum is a less worthwhile effort than Art Official Age, it still stands tall over most of Prince’s other late period output; on its own, it would mark a restoration of energy and liveliness to his discography for the first time in a decade. Coupled with another, better disc, it’s a startling return to relative form from an artist who has seemed wholly unconcerned with quality control — or even quality — for much of the last decade. 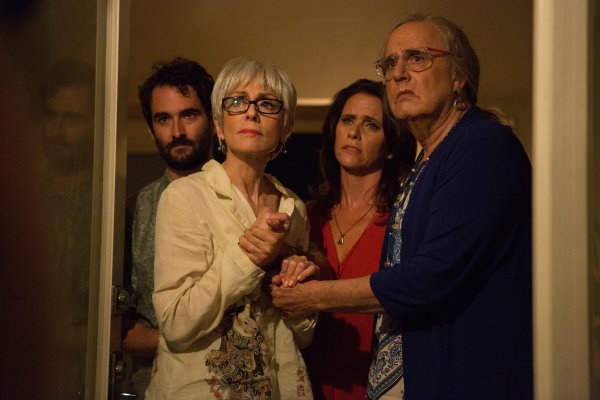 Season Review: Transparent Is a Change for the Better
Next Up: Editor's Pick