The Minnesota Vikings are paying Adrian Peterson to stay as far away from them as possible, but they’re not about to stop turning a profit off of him.

The best running back in the NFL stands accused of beating his child and his team wants nothing to to do with him. That’s the official and public team stance anyways, but the pocketbook in Minnesota is telling a very different story. As one Vikings fan pointed out on Sunday, the team is still very prominently selling Peterson’s jersey at their home games.

Deadspin posted a photo from a reader that shows the Vikings may not want Peterson around in person, but if he’s there in spirit and they can turn a profit, then that’s a different story. This shows the true face of the NFL but it’s a face we already knew about. At the end of the day, the NFL is a business and everything is a profit margin — even running backs like Peterson who stands accused of abusing his child.

The Vikings can do whatever they want, as Peterson isn’t suspended and he’s still part of the team in the most technical of ways. But that doesn’t mean it can’t be pointed out that selling his jerseys is in the poorest taste possible. 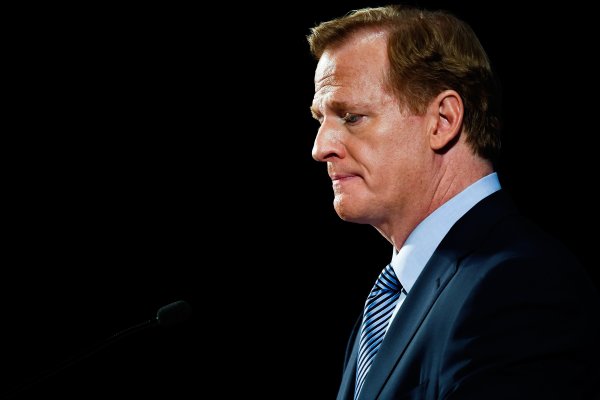 Questions About NFL Probe
Next Up: Editor's Pick