Voting Rights Battles Heat Up Ahead of Midterm Elections

Voting rights advocacy groups and Ohio state officials submitted dueling briefs to the U.S. Supreme Court Saturday and Sunday in a fight over early voting in the state.

On Sept. 24, the U.S. Appeals court for the Sixth Circuit upheld a lower court’s decision to block Ohio’s new election rules, which would cut back early voting from 35 to 28 days before the election and limit early voting on weekends. The courts found that Ohio’s new laws if enacted would violate the Constitution’s Equal Protection Clause and Section 2 of the Voting Rights Act.

Ohio officials have asked Justice Elena Kagan to overrule the state courts and prevent voting from starting Sept. 30. She could hand down a decision as early as today.

Ohio is just the latest flashpoint as early voting fights are heating up around the country ahead of midterms. Democrats seek to mobilize lower-income voters who are less likely to turn out for general elections if they have to take time off of work to vote on a Tuesday. Republicans object, claiming the risk of voter fraud and other concerns require tighter voting restrictions.

Here are the three other voting rights laws cases that could work their way up to the Supreme Court before the midterms:

Wisconsin– On September 12, the Seventh Circuit Court of Appeals put into effect a law requiring most voters to present photo identification at the polls. Proponents of the law say it will discourage voter fraud, while critics say it will deter minorities from voting. On Friday, the entire Seventh Circuit split 5-5 on whether to hear the case, which may send it to the Supreme Court.

North Carolina – North Carolina’s 2013 state voting law, which eliminates same-day registration and out-of-precinct voting and shortens the early voting window by ten days, will be in place for the first time this year in a statewide election. A panel of three judges heard oral arguments about the law on Sept. 25, with one judge pointedly asking, “Why does the state of North Carolina not want people to vote?” The case will likely end up at the Supreme Court, especially if the Fourth Circuit rules against the law.

Texas – Last week, trial ended in a challenge to Texas’s voter identification law requiring voters to display government-issued forms of identification. Under the stringent law, a concealed-carry permit is a valid form of identification, but a student ID is not. The judge is expected to rule soon on whether the law violates the Constitution or the Voting Rights Act, and if the decision comes out against the law, the state could appeal to take the case to the Supreme Court.

Update: The Supreme Court on September 29th blocked early voting in Ohio. The order will stand until the Court acts on an appeal by state officials. 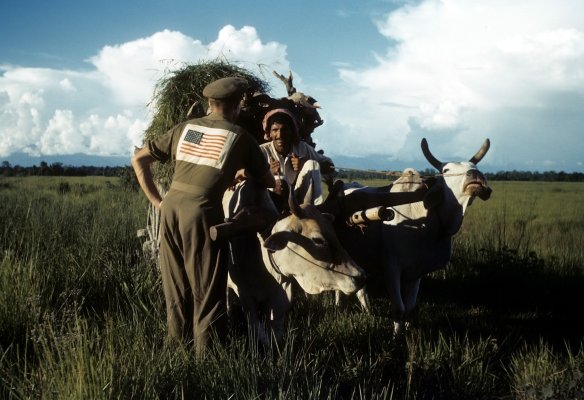 See the History of U.S.-India Relations in 12 Photos
Next Up: Editor's Pick