In this photo illustration, a woman smokes an E-Cigarette at the V-Revolution E-Cigarette shop in Covent Garden on August 27, 2014 in London, England.
Dan Kitwood—Getty Images
By Rishi Iyengar

When it comes to e-cigarettes, large tobacco companies are suddenly stepping up warnings about their own products, the New York Times reports.

“Nicotine is addictive and habit forming, and is very toxic by inhalation, in contact with the skin, or if swallowed,” reads a warning on packets of e-cigarette made by Altria, the company that manufactures Marlboro cigarettes.

Industry experts and critics say the warnings are serving as a legal safeguard or a corporate image-enhancer.

“Is this part of a noble effort for the betterment of public health, or a cynical business strategy? I suspect the latter,” said Dr. Robert K. Jackler, a professor and researcher on e-cigarette advertising at the Stanford School of Medicine.

MarkTen, a prominent e-cigarette brand, features a 100-word warning that, among other things, reiterates that e-cigarettes are not a way to wean oneself off cigarettes. This warning also appears on Reynolds American’s Vuse e-cigarettes.

According to Altria spokesman William Phelps, the MarkTen warning is created with a “a goal to openly and honestly communicate about health effects.”

“Why wouldn’t you warn about ‘very toxic’ nicotine on your cigarettes, when you do so on e-cigarettes?” is Jackler’s only question.

According to the Times, experts say the strategy is low-risk for the big tobacco companies because many people don’t read the warnings anyway. 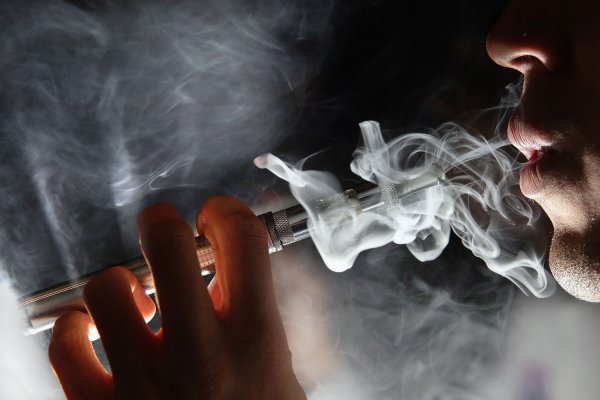 Debate Over E-Cigarettes Lights Up
Next Up: Editor's Pick