7 in 10 U.S. Troops Oppose Boots on the Ground in Iraq

A large majority of the U.S. military’s rank and file are opposed to sending troops back to Iraq in combat roles, according to a new Military Times poll, even as the Pentagon commits to a broadening program of air strikes against Islamist extremists in the Islamic State of Iraq and Greater Syria (ISIS).

The poll of active-duty members also showed a sudden hike in negativity over the past year about the success of the army’s combat mission in Iraq, with a large number of troops now questioning what U.S. military operations in the country had achieved.

Just over 70% of the troops polled were opposed to the U.S. military sending a “substantial number of combat troops to Iraq to support the Iraqi security forces.”

Of the 2,200 U.S. troops surveyed in the Military Times poll, just under 60% said the war in Iraq was not very or not at all successful, up from 31% in 2013; just 30% thought the war was very or somewhat successful this year, compared with 53% last year.

The mounting pessimism among troops over the U.S. involvement in Iraq could explain why more than seven in 10 troops support President Obama’s commitment not to get “dragged into another ground war” in Iraq. Many troops have adopted a non-interventionist attitude, with one Army infantry officer telling the Military Times, “It’s their country, it’s their business.”

One officer said troops should have stayed in Iraq longer to secure the country. “I know there are other political issues, but for our job, we should have stayed until it was secure,” said Army Capt. Eric Hatch, a logistics officer at Fort Bliss, Texas. “I think we were close to being done [in 2011], but I think we could have stayed another year or two.” 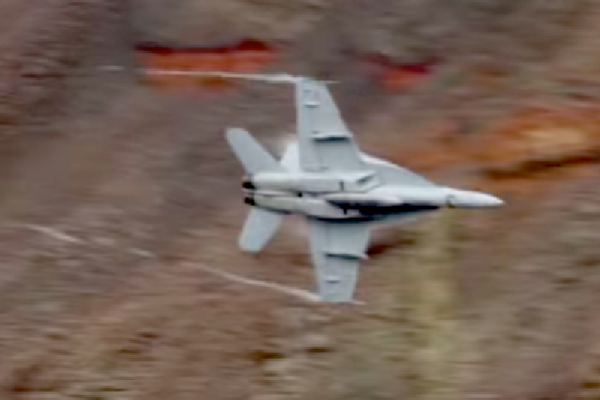 Military Pilots Enjoy National Parks, Too
Next Up: Editor's Pick