The man suspected of setting fire to an air traffic control center Friday near Chicago sent a Facebook message shortly before starting the conflagration saying he would “take out” the facility, the FBI said.

“Take a hard look in the mirror, I have,” 36-year-old Brian Howard’s message said, according to and FBI affidavit. “And this is why I am about to take out ZAU [the three-letter identification for the control center] and my life . . . So I’m gonna smoke this blunt and move on, take care everyone.”

The fire shut down operations at Chicago O’Hare International and nearby Midway Airport, leaving thousands of passengers stranded throughout the country. Flights resumed Friday evening at a “reduced rate,” the Federal Aviation Administration said, though reports indicate many Chicago-bound flights are still being canceled Saturday morning.

The FAA said Saturday afternoon that it handled 40 percent of the normal daily traffic at Chicago’s O’Hare International Airport on Friday and 30 percent at Chicago Midway International Airport, and expects to continue to increase the traffic flow at those two airports over the weekend as it begins drying out water-damaged equipment and cleaning up the air traffic control center.

Howard has been charged with one count of destruction of aircraft or aircraft facilities, CNN reports. After setting fire in the control center’s basement, he was found lying on the floor and slicing his throat with a knife, police said. 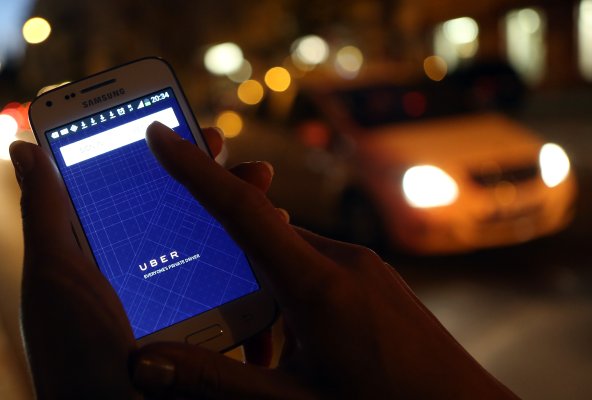 Uber Driver Arrested in San Francisco for Hammer Attack
Next Up: Editor's Pick