A Chinese satellite has identified an object in the Indian Ocean that could be a piece of debris from Malaysia Airlines Flight 370, in the latest potential clue to the whereabouts of the Boeing 777 airliner that has been missing since March 8.

The satellite spotted March 19 an object roughly 74 feet long and 43 feet wide off the coast of western Australia, close to where another piece of debris was believed to have been seen two days earlier, Reuters reports.

Malaysia’s Defense Minister and acting Transport Minister Hishammuddin Hussein, who was the first to reveal the latest information, said Chinese ships have been sent to the region, according to Reuters.

The area had already become a focus of the search, which now involves more than two dozen countries. Australia cautioned after the first satellite image that the object may have been a piece from a missing shipping container and also may have sunk since it was spotted. It said Saturday it had found no sign of the second object during searches that day.

Chinese state broadcaster posted an image of the suspected debris on Twitter: 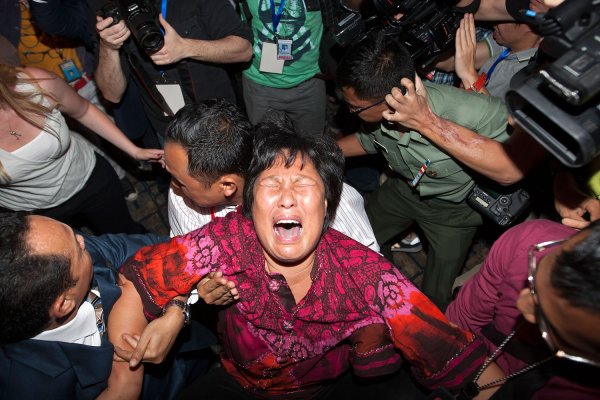 Lost Jet a 'Top Priority'
Next Up: Editor's Pick