The United Kingdom became the latest country to join the U.S.-led coalition against the Islamic State of Iraq and Greater Syria (ISIS) on Friday, after the British parliament voted decisively to allow air combat missions to bomb the militant group in Iraq.

“This is going to be a long campaign—weeks and probably months—to push [ISIS] back and to see it defeated in Iraq,” U.K. Defense Secretary Michael Fallon said, according to the Guardian.

Belgium and Denmark also joined the growing coalition, which includes France and Australia, along with Arab allies like Saudi Arabia and the United Arab Emirates.

While British support in Iraq bolsters American efforts, the U.K. has not voted on taking the additional step of joining air strikes against ISIS in Syria, which some leaders argue would be an infringement on its sovereignty. Nonetheless, Prime Minister David Cameron suggested that he supports U.S. strikes there, regardless of whether the U.K. joins.

“[ISIS] needs to be destroyed in Syria as well as Iraq,” he said. “We support the action the U.S. and five Arab states are taking. I believe there is a strong case for us to do more, but I did not want to bring a motion to the House today which I could not get consensus on.” 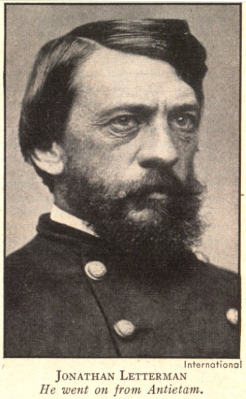 How a Bloody Civil War Battle Changed Modern Medicine
Next Up: Editor's Pick